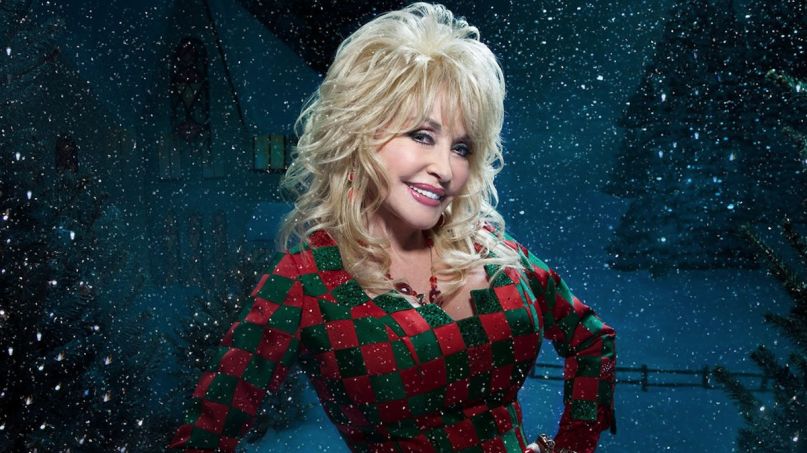 Between her $1 million donation to COVID-19 research and her regular children’s story time readings, it’s clear that Dolly Parton’s season of giving is actually year-round. Now, as her latest gift to the world, the Queen of Nashville has announced a new holiday movie.

Christmas on the Square is a new musical film set to premiere on Netflix on November 22nd. Like a true Christmas gift, the project will see Parton play the role of a literal angel (of course), and it’s said to feature 14 original songs from the country legend herself.

The festive flick tells the story of Regina Fuller (Christine Baranski), a rich and greedy woman who tries to make a quick real estate buck by evicting everyone from her small town — and right before Christmas. However, after connecting with locals and hearing about their lives, and crossing paths with the wise and cherubic Parton, Fuller changes her mind and becomes one with the holiday spirit.

There’s no trailer for the movie yet, but Parton has shared a song called “Christmas on the Square”. The track is off A Holly Dolly Christmas, her first holiday album in 30 years, and given its title, it will likely pop up in the film, too. Stream that below and stay tuned for the entire guest-heavy Xmas album when it drops on Friday, October 2nd.