The band's second album of 2020 lands later this week 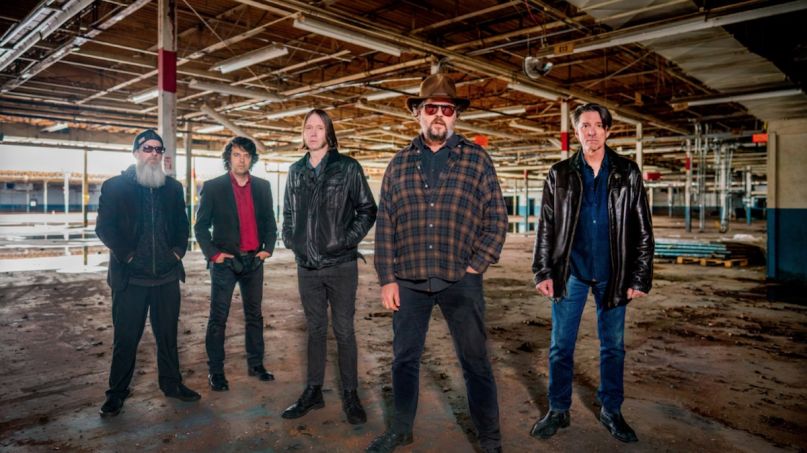 Drive-By Truckers have announced their second studio album of 2020, and its release is imminent. Titled The New OK, it arrives on digital streaming platforms this Friday, October 2nd.

The forthcoming effort follows up on The Unraveling, which the alt-country outfit unveiled in January. Originally envisioned as just an EP, The New OK expanded to include nine songs, all of which were influenced by “this endless summer of protests, riots, political shenanigans and pandemic horrors,” according to lead singer Patterson Hood.

But despite our current sad state of affairs, the LP isn’t entirely void of optimism, as Hood describes it as “a full album that hopefully balances out the darkness of our current situation with a hope for better days and nights ahead.” The frontman elaborates in a statement,

“To call these past few months trying would be a dramatic understatement. Our lives are intertwined with our work in ways that give us our best songs and performances. It is a life that has often rewarded us beyond our wildest dreams. Speaking for myself, I don’t have hobbies, I have this thing I do. To be sidelined with a brand new album and have to sit idly while so much that I love and hold dear falls apart before my very eyes has been intense, heartbreaking, anger provoking and very depressing. It has gone to the very heart of our livelihoods and threatened near everything that we have spent our lives trying to build. Here’s to the hope that we can make 2021 a better year than this one has been. In the meantime, here’s to THE NEW OK!”

The tracklist boasts a cover of The Ramones classic “The KKK Took My Baby Away”, as well as the title track, which serves as the new album’s lead single. “The New OK” reflects on the murder of George Floyd by the Minneapolis police. Listen in below and peep the record’s BLM-supporting artwork.

For those looking to own The New OK on CD or vinyl, physical editions are expected to drop on December 18th via ATO Records. In support of the new LP, various members of Drive-By Truckers will perform live sets on NoonChorus throughout the rest of the year; find their schedule at the bottom of the post.