"Trent goes, 'Hey, listen, Rich, I know you need some extra cash ... there's a little pizzeria, and they need drivers.'" 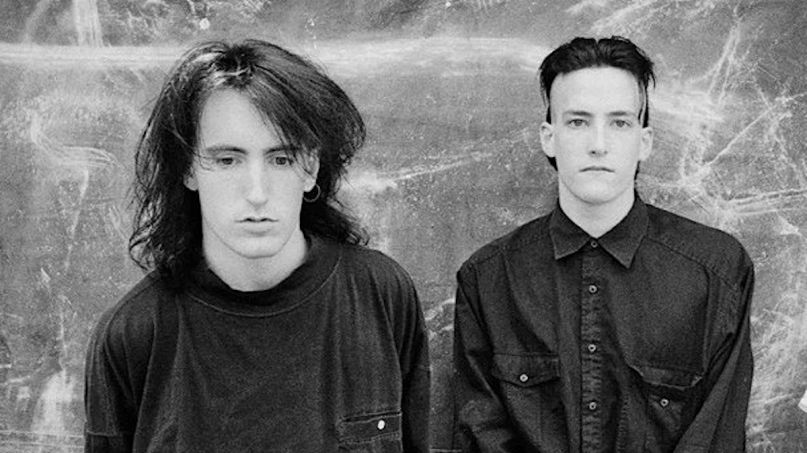 In a new interview, Richard Patrick pointed to a couple of conversations with Nine Inch Nails’ Trent Reznor that both motivated and angered him into forming his own band, Filter. One of those exchanges included Reznor suggesting that Patrick deliver pizza to earn some extra cash.

Patrick was a member of Nine Inch Nails from 1989 to 1993, mostly as part of the band’s touring lineup, as his only recorded contribution to NIN was a drone guitar on Pretty Hate Machine’s “Sanctified”. He reminisced about his decision to part ways with NIN during a recent appearance on the Stop! Drop & Talk podcast, co-hosted by Halestorm’s Arejay Hale.

“I started in Nine Inch Nails, but then I quit when I was, like, 26,” recalled Patrick. “Nine Inch Nails was the only time I actually had a boss. … [Trent and I] were just two knuckleheads from Cleveland, Ohio — we were not big yet. But eventually, we did get big. And there was a point in time where Trent just kind of looked at me, and I said, ‘Wow, you’re going down to New Orleans to go live in this beautiful house that you’re getting, and I’m gonna go back to my mom and dad’s house.’”

He continued, “And Trent goes, ‘Well, go write a record.’ And I was, like, ‘Wow!’ What do you say to that? He goes, ‘You should have seen your face. ‘Cause you were kind of pissed at first, and then you were, like, ‘No. I should.”

Eventually, he met up with Reznor again in Los Angeles, where the NIN frontman had gone to work on The Downward Spiral. “I got close to kind of getting a record deal, and [Trent] didn’t know it at the time, but I had already lined up Warner Brothers,” said Patrick. “And I was in Los Angeles to kind of work on The Downward Spiral, or just be around, and I had already kind of made a decision on a mushroom trip in the Grand Canyon. I had already decided. I was, like, you know what? I’m only getting on this ball one time, and if I don’t step out on my own now, I’m never gonna do it.”

While Patrick was ready to form his own band, one last conversation with Reznor reinforced his decision. “The final straw was Trent goes, ‘Hey, listen, Rich, I know you need some extra cash. Listen. Down at the end of Cielo Drive, there’s a little pizzeria, and they need drivers. So maybe you can go make some extra cash over there. And I’m, like, ‘Wow!’”

The Filter frontman concluded, “This was when I had ‘Hey Man, Nice Shot’ written, and I had five record companies ready to sign me. And I was, like, ‘Hey, dude, I hate to tell you this now, but I quit. And I’m so sorry, but I f**king quit. I’m not gonna sell pizzas and I’m not gonna drive for a [pizzeria].”

Later on in the interview, Patrick revealed that he and Reznor have a friendly relationship now, and that they text and talk regularly.

Recently, a number of current and former NIN members were added to the enshrinement list for the band’s upcoming induction into the Rock & Roll Hall of Fame. Patrick, however, was one of the few notable former members not included among the names.

Watch Patrick’s full appearance on the Stop! Drop & Talk podcast, beginning at the 43:40 mark, below.