FINNEAS Shares New Song “What They’ll Say About Us”: Stream 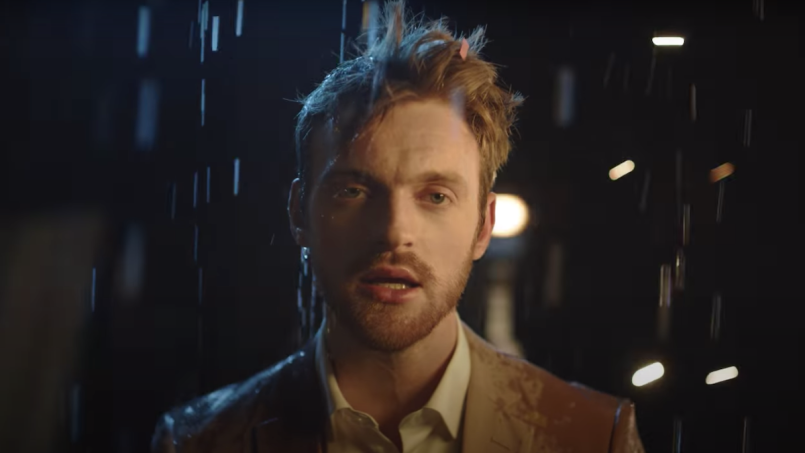 Finneas, "What They'll Say About Us" music video

FINNEAS has returned with a new song and his first major solo release of the year, “What They”ll Say About Us”.

Even after wining five Grammys, the 23-year-old ghostwriter is still best known as the brother of Billie Eilish. But although he continues to be a producer in demand, recently FINNEAS has put more work into his solo career. Just last month, his 2019 Blood Harmony EP got a second life with a digital reissue that included a new version of “Let’s Fall in Love for the Night (1964)”. “What They’ll Say About Us” is his first all-new single of 2020, as well as a heartfelt reaction to a world in chaos.

The track is a searching piano ballad, written in reaction to Black Lives Matter protests and the saga of Broadway actor Nick Cordero, who died in July of complications caused by the coronavirus. In an interview with WSJ. Magazine, FINNEAS explained how the cut came together.

“I wrote it on the day of a Black Lives Matter protest back in June. I had spent the day out protesting with my girlfriend, and protests in general make me feel really optimistic. I think being surrounded by people who also see the flaws in the system is a really positive experience ’cause you go, “Oh, my God, I’m not the only one.”

The other component of the song was [that] I was very closely following Nick Cordero’s story on Instagram, via his wife [Amanda Kloots], and Nick and his wife were not people I’d ever met. I don’t know them at all. I saw the headlines about his health, just like everybody else did. I just became incredibly attached to this family that I’d never met before.

I kind of wrote this song as if you were singing to your loved one who was in a hospital bed while the world was protesting outside. I did make a point to keep the song fairly ambiguous because I know everybody’s sort of going through different circumstances of the same things right now.”

For all the weightiness of its inspirations, “What They’ll Say About Us” contains a cautious optimism. “You’re tired now, lie down,” he sings, “I’ll be waitin’ to give you the good news.” The hook is both sunny and cynical, aware of our opportunity to improve the world but cognizant that we’re not doing enough. He belts out,  “We’ve got the time to take the world/ And make it better than it ever was/ That’s what they’ll say about us.”

The accompanying music video features FINNEAS, alone at a spinning piano, as lights flicker and rain begins to pour. It’s simple and effective, and you can check it out below.

Last month, FINNEAS and his sister made their NPR Tiny Desk (Home) Concert debut. In April, the siblings livestreamed a concert from home.