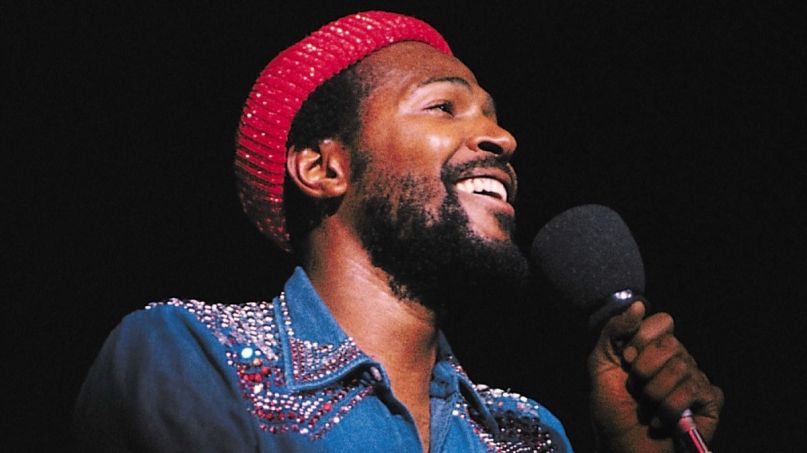 Music, Movies & Moods is a regular free-form column in which Matt Melis explores the cracks between where art and daily life meet. Today, he delves into the new-and-improved RS500 and what it says about all of us.

It’s not every day I get to type that — especially about another pop-culture publication. But kudos are genuinely due. The music industry, blogosphere (is that still a thing?), and social media buzzed yesterday as Rolling Stone unveiled a significantly overhauled and updated version of their famous (and, depending upon who you ask, infamous) list of the Top 500 Albums of All Time. The list, originally unveiled in 2003, was last adjusted in 2012.

It’s nerd news, yes, but the list — if only because it has been the most famous and accessible of its kind — has been as much an authority and tome as anything else over the last two decades on what’s essential when it comes to popular music albums. Like Modern Library’s list of greatest novels or the American Film Institute’s ranking of the best films have acted as resources for literature and cinema, respectively, the RS500 has been where music listeners new and old have turned both to begin discovering music for themselves and to go back and listen to the records they neglected — or never learned about — the first time around.

Of course, the changes have found supporters, detractors, and the types of complaints that come with any attempt to create a comprehensive list. Admittedly, I look at the new Top 50 of the RS500, and I can’t begin to figure out quite how all this got sorted and shook out the way that it did. But what matters more is that something — actually, several things — feel right about the effort as I scroll through the new list. Agree or not with all the changes, here are five reasons to throw some appreciation to those behind the new RS500.

Our county is undergoing a transformation. Whether it be the battle royale that American politics has become, the Me Too movement that has put the entertainment industry (and all of society) on notice in recent years, or the Black Lives Matter protests that have taken to the streets all summer with no end in sight, our society is in the midst of several struggles that will determine what our collective future looks like. That change may seem like it’s happening around us (even apart from us), but it’s also become incumbent upon all of us to examine our own small spheres — even something that seems as trivial as an album ranking in a music publication. If we who run these publications and make the lists truly believe, for example, that women’s voices need heard, that Black lives do matter, and that our LGBTQ+ friends deserve to be represented, then how can we continue to neglect the art that gives a voice to women, depicts the Black experience, and makes room for all colors of the rainbow to be counted? While the push for representation and inclusion in coverage never ends, the new RS500 reflects a significant increase in albums made by artists previously left out on the margins.

As a part-time literature professor who has both been assigned and assigned plenty of books by dead, white dudes, I can attest to how long it takes change to occur and new art to gain a foothold … but it does happen. Part of the job of any arts canon — like the RS500 — should be to shift to reflect the times and direct its subscribers to new and exciting art to seek out. Rolling Stone’s first list came out in 2003. Its first set of tweaks in 2012. In what ways — whether it be the music industry or the world around us — does 2020 look anything like two decades ago? By daring to change, the RS500 not only maintains its relevance as a canon but also nudges musicians, writers, and listeners to branch out and find new art to experience, get inspired by, and create dialogues around. As for some of the timeless albums that got the bump or chop, those records will be just fine, and exploring new music will only send more and more listeners tracing back sounds and styles and themes to those seminal works.

03. More Music Is a Good Thing

One thing all music lovers should appreciate is that the new list includes more artists. While some lads might be upset to see, say, The Beatles no longer accounting for 40% of the top 10, swapping and dropping some of those albums made room for inclusions near the top by the likes of Joni Mitchell, Stevie Wonder, Prince, and Lauryn Hill. Consequently, that’ll lead to more people seeking out music by those artists, listening across different genres, and checking out those who influenced them and have since been inspired by them. Don’t worry: Sgt. Pepper’s will be okay. Music seekers just have more paths to go down and explore; in music, that’s a good thing.

04. The Purpose of Criticism Has Changed

I get that there will be some head-scratching about how, say, Marvin Gaye’s What’s Going On hopped from No. 6 to the top spot. After all, it’s the same record it was in 2003, right? And how did Sgt. Pepper’s go from No. 1 to nearly out of the top 25? I’m not going to try to explain all these changes, but I’m sure that I can make an argument about Gaye’s masterpiece about a Vietnam vet returning home to witness hatred, oppression, and injustice being pretty damn relevant right now. Just like I could say that music that sounds like Lauryn Hill’s or Kendrick Lamar’s is selling and streaming a lot more than music that sounds like The Beatles’ brand of pop. Criticism once had the responsibility to separate the cream from the rest of the crop, but that seems less and less our primary role. At best, we’re curating — that is, helping listeners wade through that sea of infinite choices towards their likes and away from dislikes. Then again, algorithms can do that. What we can do, then, is spend less time debating what’s better and more time focused on the art itself, providing context, making connections, and reflecting on how that art relates to the changing world around it. If we do our job well, we do more service to that album than a high ranking ever could. In other words, let’s not worry as much about where What’s Going On appears and more about what’s going on with What’s Going On in 2020.

Nobody made Rolling Stone change their list, but now that they have, that sets a precedent. One where we’d hope that future editors and contributors will plan to keep adapting the RS500 to reflect the times, values, and makeup of our society. If that’s the case, then five or ten years from now, we can expect a living and breathing resource like this one to not only remind us where we’ve been and where we are as a society that values music and art, but also to hopefully nudge us towards where we aim to go next.

Not bad for a silly ranking.