The band's fourth album arrives on the Autumnal Equinox 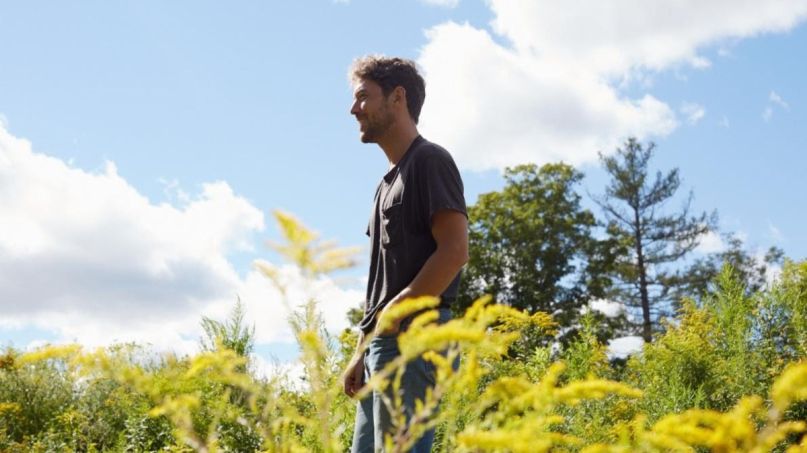 Barely 24 hours after announcing new music was just around the corner, indie folk veterans Fleet Foxes have dropped a surprise new album titled Shore. It’s their first record since releasing Crack-Up in 2017. Stream it below through Apple Music and Spotify. A physical release is set for February 5th via ANTI- Records.

In true Fleet Foxes fashion, there’s a whole sea of details that went into the making of and release of Shore. The album spans 14 tracks in total and clocks in just under an hour. It also comes with the typical gorgeous artwork that’s become a staple of their releases, including pastoral and aquatic themes of ocean water weaving through the sand. Instead of uploading Shore to streaming services at midnight, though, the band held off until 13:31 universal coordinated time (9:31 a.m. ET) so that it would be available to stream at the exact moment the Autumnal Equinox goes into effect. It’s all about the details.

Pecknold recorded before and during quarantine album in New York, Los Angeles, and Paris. He was joined by a rotating cast of collaborators, including Hamilton Leithauser, Kevin Morby, Grizzly Bear’s Daniel Rossen and Chris Bear, Uwade Akhere, and Tim Bernardes.

Per a press release, Pecknold drew inspiration from musical heroes such as Arthur Russell, Nina Simone, Sam Cooke, Emahoy Tsegué-Maryam Guebrou, and more who, “in his experience, celebrated life in the face of death.”

“I see ‘shore’ as a place of safety on the edge of something uncertain, staring at Whitman’s waves reciting ‘death,'” explained Pecknold in a lengthy statement. “Tempted by the adventure of the unknown at the same time you are relishing the comfort of the stable ground beneath you. This was the mindset I found, the fuel I found, for making this album.”

To coincide with the album’s release, Fleet Foxes have also shared a 55-minute-long film of the same name. It was directed by Kersti Jan Werdal and compiles a range of outdoor footage, from hazy mountaintop sunsets to hazy ocean waves rolling in. Watch it below.

While Fleet Foxes began formally teasing Shore on Sunday evening, they technically started dropping hints about the record long before then. Last month, frontman Robin Pecknold debuted album cut “Featherweight” during a virtual concert to promote voter registration. Eagle-eyed fans realized Pecknold left a clue about the band’s next record in that livestream: the clock in the background of the studio had its hands — which never moved over the course of the set — positioned to 9:22. Sure enough, it looks like it was a literal representation of the album release date, all the way down to the month and day.

Pre-orders for Shore are currently ongoing. Check out the complete tracklist as well as the album artwork after the jump.

In the aforementioned statement, Pecknold also reveals that he plans to release nine more songs “co-written from the ground up with [Fleet Foxes members] Morgan Henderson, Skyler Skjelset, Casey Wescott, and Christian Wargo.” Look for that in 2021.