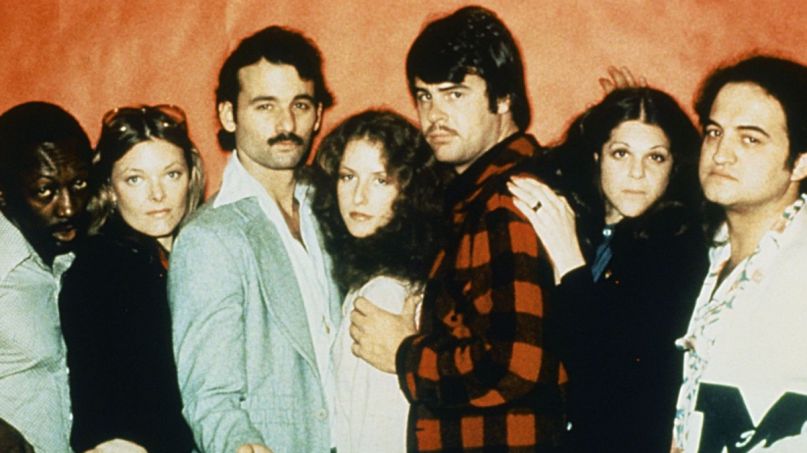 Streaming from NBCUniversal’s Peacock, it’s Saturday Night Live! All 45 seasons of the sketch comedy series are coming to the streaming service on October 1st, marking the first time the full library has been available in one place in years.

When Peacock launched over the summer, only the most recent five seasons were included alongside some “Best of” collections. Hulu, meanwhile, has continued to host Seasons 1-5 and 30-45, but episodes from 1981 to 2004 have been nowhere to be found.

In fact, the last place the full SNL library could be seen was on NBCU’s comedy app Seeso, which only survived for about a year and a half between 2016 and 2017. Netflix and Hulu both held the complete catalog in the early 2010s, while a later deal put it on Yahoo for a brief period. The short-lived SNL app also presented all the episodes.

Still, it’s possible even Peacock’s archive will be somewhat incomplete. Musical performances, certain short films, and occasional sketches have historically been left off of other streaming services due to licensing issues. We’ll see what actually makes it onto NBCU’s new platform on October 1st. In the meantime, you can still check out Peacock’s “SNL Vault”, a channel that airs an assortment of old episodes.

The SNL catalog will arrive on Peacock just days ahead of its Season 46 broadcast premiere. As previously reported, Chris Rock is set to host the episode, with Megan Thee Stallion serving as musical guest. What’s more, the entire SNL cast is returning for the new season, the first time that’s happened since 2007. Jim Carrey has been cast to play Democratic presidential candidate Joe Biden and Maya Rudolph will reprise her Emmy Award-winning portrayal of Biden’s running mate, Kamala Harris.