The pair's first project for the streaming platform 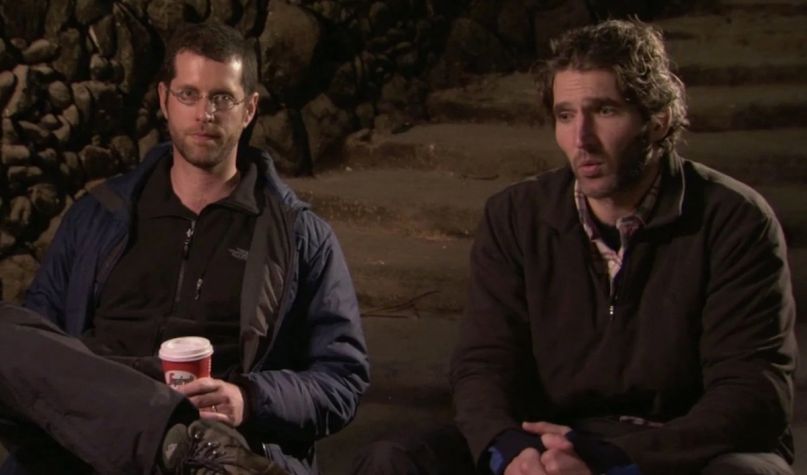 Last year, Game of Thrones showrunners David Benioff and D.B. Weiss inked a five-year deal with Netflix reportedly worth $250 million dollars. Today, the pair announced their first project for the streaming platform: a live-action series based on the Chinese sci-fi novel The Three-Body Problem.

Released by author Liu Cixin in 2008, the acclaimed book is set during China’s Cultural Revolution and tracks the aftermath of human’s first encounter with aliens. “… A secret military project sends signals into space to establish contact with aliens. An alien civilization on the brink of destruction captures the signal and plans to invade Earth,” reads a synopsis for the novel. “Meanwhile, on Earth, different camps start forming, planning to either welcome the superior beings and help them take over a world seen as corrupt, or to fight against the invasion.”

The Three-Body Problem is the first entry in Lui’s Remembrance of Earth’s Past trilogy, and the plan is for Benioff and Weiss to later adapt the other two books in that series, The Dark Forest and Death’s End. Considering the massive scope of this project, it’s no wonder the GoT alumnae scrapped their plans for a new Star Wars film and redirected all of their attention to Netflix.

“Liu Cixin’s trilogy is the most ambitious science-fiction series we’ve read, taking readers on a journey from the 1960s until the end of time, from life on our pale blue dot to the distant fringes of the universe,” the duo remarked in a statement. “We look forward to spending the next years of our lives bringing this to life for audiences around the world.”

Benioff and Weiss won’t be the only prominent names attached to this adaptation, though. Rian Johnson, director of Knives Out and Star Wars: The Last Jedi, and his producing partner Ram Bergman have both signed on. True Blood writer Alexander Woo has also been recruited to executive produce and contribute to the script. Additionally, Lui himself will be involved in the project, as will Ken Liu, a sci-fi author who translated much of Remembrance of Earth’s Past for markets beyond China.

“It’s a privilege to be adapting one of the great masterpieces of Chinese science-fiction,” Woo noted in his own statement. “The Three-Body Problem trilogy combines so many things I love: rich, multi-layered characters and true existential stakes — all told as an elegant and deeply human allegory. I’m thrilled to kick off my partnership with Netflix with this accomplished creative team.”

A timeline for the project’s production and release hasn’t been given yet, but at least disgruntled Game of Thrones fans now have something new to look forward to.