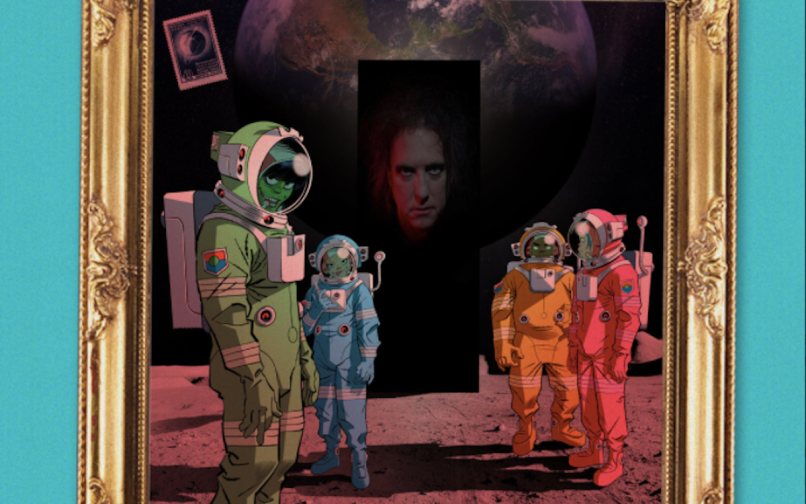 Gorillaz have The Cure for your quarantine blues. For the sixth installment of the Song Machine series, the venerable virtual rockers have announced a new single featuring the Godfather of Goth, Robert Smith.

No release date has been set and few details are known. But the band left a few tantalizing bread crumbs on Twitter. They wrote, “Coming up on Song Machine… It’s @RobertSmith.” This was followed by a spaceship emoji, as well as the instructions to “Follow your nearest Song Machine NOW!”

That cartoon rocket seems more significant combined with the accompanying promotional pic. It features the cartoon band dressed as astronauts and exploring a rocky orb in space. Looming in the distance is the Earth, and looming close by is Robert Smith, looking like the dark side of the moon itself. Check out the image after the jump.

Previous editions of Song Machine have included  “PAC-MAN” with ScHoolboy Q, “Friday 13th” featuring Octavian, as well as one of our favorite songs of the year so far, “Aries”. In May, Gorillaz shared “How Far?” in tribute to Tony Allen.