HAIM Perform “Gasoline” Outside of LA’s The Forum on Kimmel: Watch

A parking lot performance in support of Women in Music Pt. III 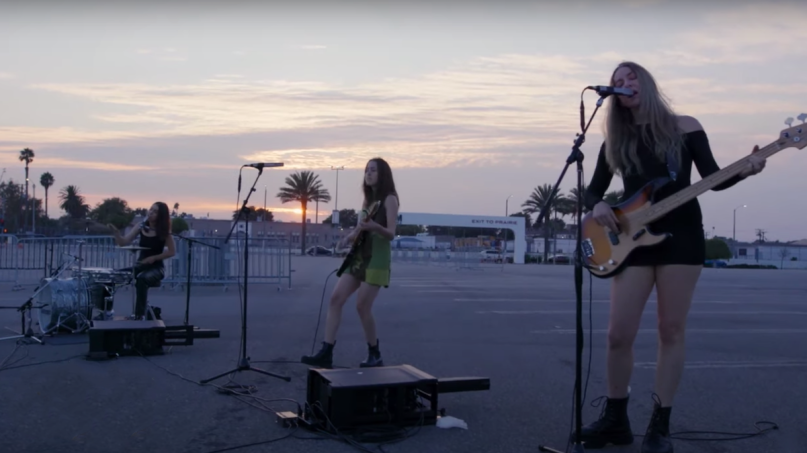 As our understanding of how to handle the pandemic gets better, so too do musical guests’ late night TV spots. On Tuesday night, HAIM made a virtual pitstop at Jimmy Kimmel Live!, but instead of Zooming in from home, they filmed their performance of “Gasoline” from an actual music venue.

Well, from outside of an actual music venue. The trio of Este Haim, Danielle Haim, and Alana Haim (along with a pianist) set up in the empty parking lot of Los Angeles’ The Forum. Sure, it wasn’t like they filmed in a hot air balloon, but it was nice to see them out in the world for the rendition of the Women in Music Pt. III track. As the single-shot camera work panned around the sisters and the sun set behind them, HAIM put the matured sound of their latest album on full display in what was a surprisingly comforting scene.

Watch their full performance below.

Before the coronavirus brought everything to a halt, HAIM were able to promote Women in Music Pt. III with a US deli tour and an actual in-studio TV performance of “The Steps” on Fallon. After that, they mastered the art of the quarantine set faster than most, performing “I Know Alone” on Colbert, “Don’t Wanna” on Corden, and an entire NPR Tiny Desk concert all live from home.