An epic arrangement for an epic trailer 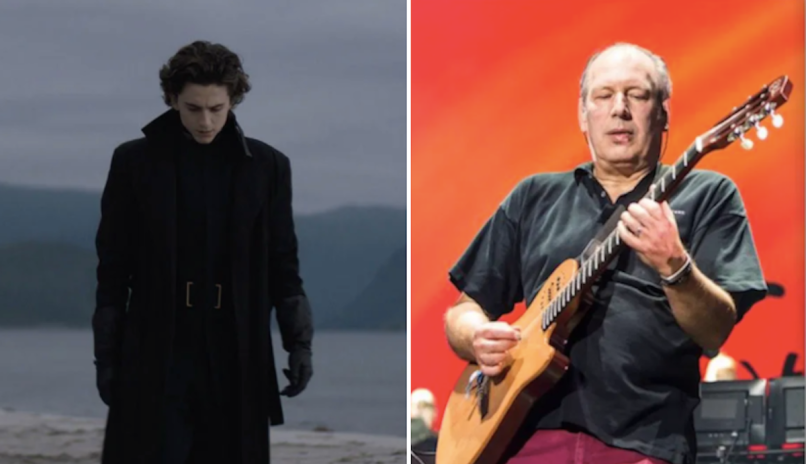 The stunning first trailer for Denis Villenueve’s Dune is out, and amid all the excitement — Sandworms! Stillsuits! Oscar Isaac’s beard! — you may have caught a familiar tune. Playing in the background is Pink Floyd‘s “Eclipse”, presented in an apocalyptic new arrangement by composer Hans Zimmer.

“Eclipse” is the final track from the classic album Dark Side of the Moon. In some ways, its appearance here is the closing of a circle. In the 1970s, experimental filmmaker Alejandro Jodorowsky sought to use Pink Floyd’s music for his own adaptation of Dune. The attempt failed, but was later documented in the 2013 film Jodorowsky’s Dune. At last, one of the spaciest rock bands in history has been joined with Frank Herbert’s sci-fi epic.

Zimmer’s arrangement differs from the original “Eclipse” in several ways. Of course the structure has been changed, since the tune is now serving the trailer instead of following its own logic. But the Dune take is darker, too, with more silence and space that’s occasionally interrupted by anxious bursts of drums. The familiar lyrics — “All that you touch/ All that you see…” — are deployed with the solemnity of a ritual chant. Check out the song in action below.

Up next for Zimmer is the score for the James Bond film No Time to Die, which also just released its first trailer. Recently, he whipped up a theatrical version of the Netflix “Ta-Dum” sound. When Ennio Morricone passed away in July, Zimmer gave him a moving tribute, saying,  “Icons just don’t go away, icons are forever.”