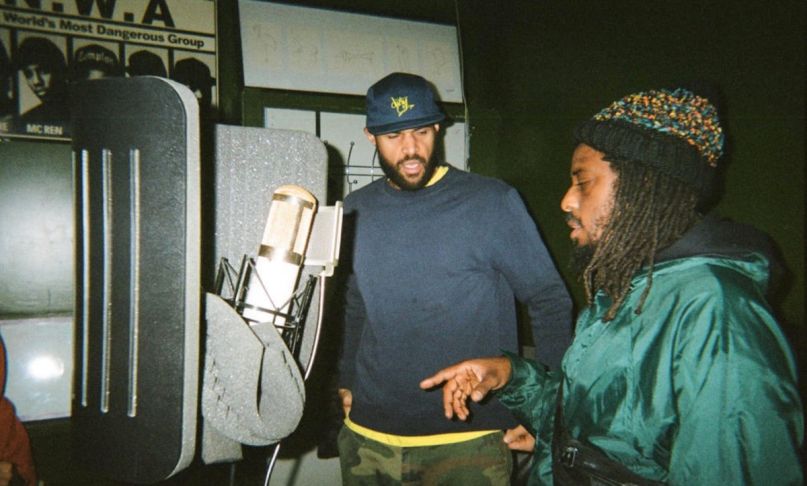 Homeboy Sandman and Quelle Chris, photo by Nolan the Ninja

The upcoming hip-hop project consists of 15 tracks, and features one lone vocal contribution from Quelle Chris himself. According to a statement, the full-length represents a “turning point” for the two artists, who used this new music to help process and better understand their own personal struggles and complex emotions.

“I was having a hard time and this record saved me,” Homeboy Sandman remarked in a statement. “Thank Quelle and thank God and shout to Gabor Maté.”

Praising his friend and colleague, Quelle Chris said that Homeboy Sandman “finds balance in using his words to self-medicate, reflect and express himself while also deeply taking into consideration how it will feed, medicate and effect his fans/listeners in the snow and the future.”

As an early look at the Monster, the pair is sharing a single called “Trauma”.  As the name suggests, the track finds Homeboy Sandman reflecting on his difficult upbringing and the way his strained relationship with his mother informed his own identity early on. He raps,

Stream “Trauma” below, then head here to pre-order Don’t Feed the Monster.