Written for Stacey Abrams' upcoming documentary All In: The Fight for Democracy 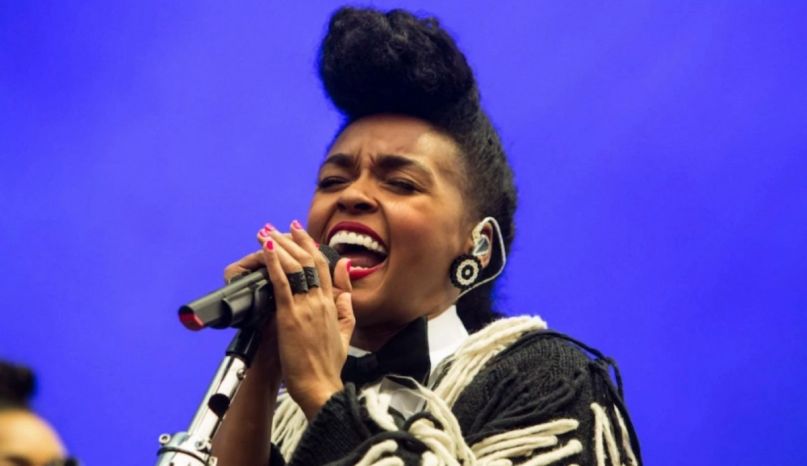 It’s been two years since Janelle Monáe dropped her protest party album Dirty Computer to immediate acclaim. While that record has certainly kept fans satisfied with repeat listens, it’s never too early to wish for more new music from “PYNK” singer. Luckily, Monáe has returned with a brand new single called “Turntables” today that picks back up right where she left off.

Monáe wrote and recorded “Turntables” exclusively for All In: The Fight for Democracy, an upcoming documentary about Stacey Abrams and the fight against voter suppression. The film is directed and produced by Liz Garbus (What Happened, Miss Simone?, Girlhood) and Lisa Cortés (Precious, The Remix), and will hit Amazon Prime Video on September 18th.

Discussing the song in an interview with Apple Music, Monáe admitted that because of the pandemic, “I wasn’t in the creative space at all. I wasn’t in the studio. I wasn’t writing music.” However, after receiving a phone call from Abrams and watching the documentary, she was “very moved” to return to the studio.

“And so I said, I’m gonna write this like I was writing for myself and like I was writing it for all of the, who are on the frontline, boots on the ground,” she explained. “What would I want them to listen to before they went out to go march? Before they went out to go fight on behalf of Black lives and on behalf of women in marginalized communities?”

Stream “Turntables” below. Update: Watch the song’s video below.

Of course, Monaé doesn’t just contribute songs to movies. Like the true renaissance woman she is, Monáe has seen her acting career soar to new heights over the last year. After appearing in Season 2 of Homecoming this past spring, Monaé is next set to star in Antebellum, a cryptic horror movie and one of the most anticipated movies of this fall, which hits VOD on September 18th.