A blistering late-night appearance in support of NO DREAM 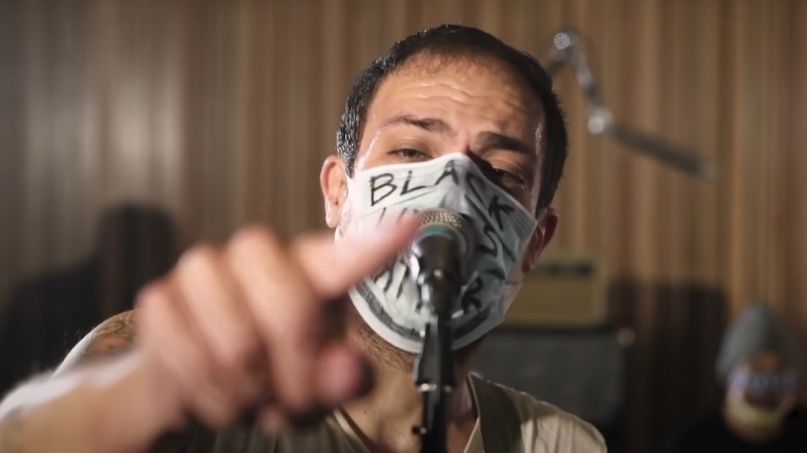 Jeff Rosenstock and his band took Late Night with Seth Meyers by storm with a performance of the song “Scram!” from his latest album NO DREAM. Watch the replay below.

“You know, the least we deserve in tying times like this is great punk music. Punk music that stands for something” Meyers said to introduce Rosenstock’s performance. “This next guy is one of my favorites. He’s angry and urgent, and while I’m super bummed that he and his band are not here tonight, at least we will not have to pay for a studio roof they will surgery rip off.”

To judge by his lyrics, Rosenstock is having as hard of a time in quarantine as anyone, but from a musical perspective he’s having one hell of a year. In May he surprise-dropped the scorcher NO DREAM, which is one of our favorite albums of 2020 (so far), and he followed that up with the tight change of pace, 2020 DUMP EP. Over the summer, Rosenstock also contributed to a star-studded Adam Schlesinger tribute album.