The Canadian folk singer's latest is out October 16th 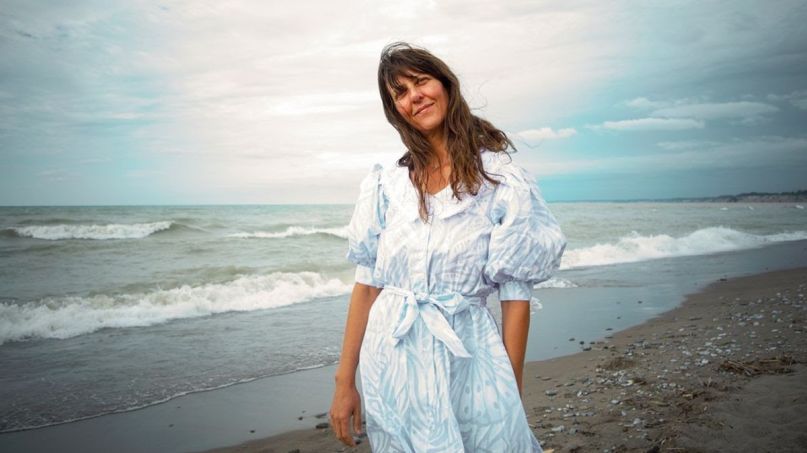 Canadian folk singer Jennifer Castle has announced a new album called Monarch Season. It’s due out in October, but she’s previewing it today with its tender lead single, “Justice”.

Monarch Season is Castle’s sixth full-length and the follow-up to her 2018 record, Angels of Death. Unlike that album, which featured all sorts of percussion, string instruments, and guest vocalists, Monarch Season is a decidedly minimal and individualist affair. Written during and named after the 2019 season for Monarch butterflies, the nine-song collection is technically Castle’s first “solo” album, although her longtime collaborator Jeff McMurrich co-produced it.

Beyond her entrancing croon that’s central to each song, the record is solely comprised of lilting acoustic guitar, lonesome piano, and fizzy harmonica. It conjures a very specific setting of tranquility, and “Justice” is a spectacular showcase of what the record sounds like as a whole. Castle sings gently yet confidently over crackling guitar plucks, her voice drizzled with just a touch of echo that adds subtle texture to the back of the mix. By the end, the music halts and cuts to chirping crickets, crinkling leaves, and the steady ripple of a lakeshore. It’s beautiful.

The Jesi Jordan-animated video features bubbling illustrations that shape-shift like a calming children’s show from the ’90s. Check it out below.

Monarch Season is slated to arrive October 16th via Paradise of Bachelors. Pre-orders for its first vinyl pressing, which come with a songbook featuring sheet music and lyrics, are available now.