"Untold American lives have been ruined by the presidency of Donald Trump," he writes in The Atlantic 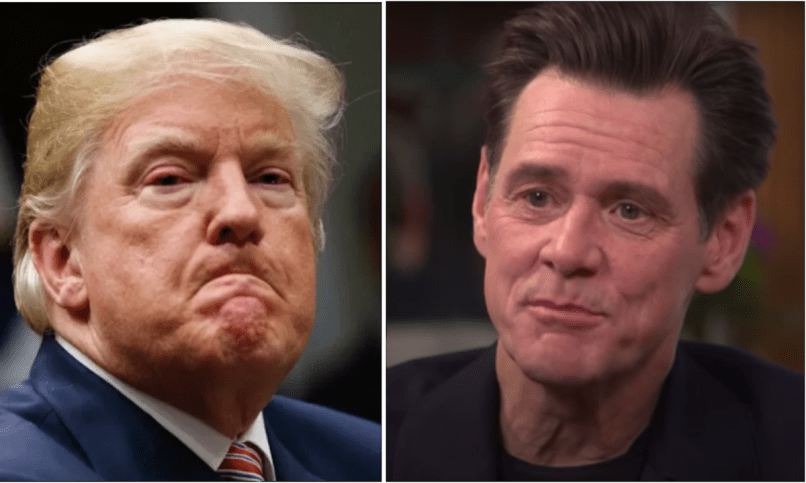 In a new essay for The Atlantic, Jim Carrey set his silly jokes aside in order to focus on a more pressing matter: the tyranny of Trump. “Untold American lives have been ruined by the presidency of Donald Trump,” he wrote, painting the last four years in very bleak terms.

Carrey’s concerns go beyond Trump’s mishandling of the coronavirus pandemic. The comedian, author, and illustrator laid a series of charges on the President’s head, including making the country less safe for its Black citizens and breaking the law in search of re-election. “I’ve spent much of my career trying to reach audiences through humor,” Carrey said, adding, “At this moment, the best anyone can offer is gallows humor. The truth is, we should all be seriously concerned.”

Trump’s Republican backers did not escape Carrey’s scrutiny. “Too many Americans support Trump because he appeals to their basest and most primitive urges, through his racism, his misogyny, his mockery of the disabled, and his encouragement of violence during his campaign.” Carrey suggested that “even his most devoted supporters” are “now fully aware that he is trying to sabotage our election.”

“I only hope the red hats are edible,” he added.

While such clever lines were peppered throughout, his overall tone was starkly grim, especially the following paragraph:

“Untold American lives have been ruined by the presidency of Donald Trump. The rule of law is imperiled, our unity has been shattered, the service sector has been obliterated, and major cities are suffering. Black Americans, who have endured half a millennium of wickedness and brutality, now face more injustice and death.”

Carrey saved some of his strongest language for the 2020 Republican National Convention, which was the first convention by any political party ever held at the White House. The event violated norms and the Hatch Act, while inviting large crowds to mingle together without wearing masks.

“Those in the audience on the South Lawn of the White House might have believed their lives were their own to lose, but after their big night, they now risk infecting other Americans,” he said. “Trump and the GOP have decided not to heed science, leaving us helpless during a plague. But as far as I know, plagues don’t care about reelection campaigns. They don’t wither in the face of the Secret Service or succumb to the intimidation of goon squads.”

The veteran actor concluded by remembering how he’d always admired the United States as a boy growing up in Canada. “In 2004, I proudly became a citizen. But lately, my adopted home has become almost unrecognizable.”

Carrey ended with a call to vote. “In November, we must vote in historic numbers, gathering all the ‘snowflakes’ until there’s a blizzard on Capitol Hill that no corrupt politician can survive. We must vote for decency, humanity, and a way of life that once again captures the imagination of kids all over the world—kids like me.”

Over the summer, Carrey released his new novel  Memoirs and Misinformation, with an audiobook narrated by Jeff Daniels. He also participated in a socially-distanced standup set with Dave Chappelle and Chris Rock.