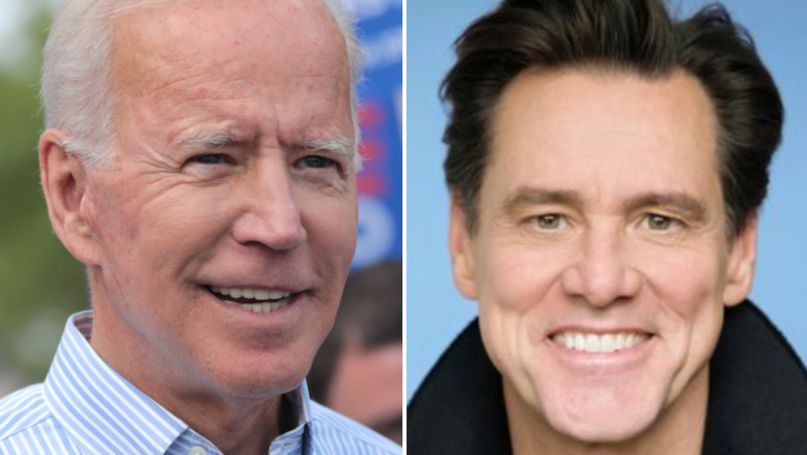 The casting was revealed by longtime SNL boss Lorne Michaels in an interview with Vulture. Michaels also confirmed that Alec Baldwin and Maya Rudolph will be back as Donald Trump and Kamala Harris, respectively. Rudolph is up for an Emmy this year for her portrayal of the now-Democratic vice presidential nominee during the show’s 45th season. Baldwin won one for playing Trump in 2017.

According to Michaels, it was actually Carrey who first broached the idea of playing Biden. “There was some interest on his part. And then we responded, obviously, positively,” Michaels said. “But it came down to discussions about what the take was. He and Colin Jost had a bunch of talks. He and I as well. He will give the part energy and strength, and … [Laughs.] Hopefully it’s funny.”

There’s no doubt Carrey, a staunch anti-Trumper, will revel in the chance to play the current president’s chief rival. He’ll become the first person to regularly portray Biden since the 2020 election cycle began. During the primaries last season, Biden was alternatively played by Woody Harrelson thrice, John Mulany once, and once by Jason Sudeikis, who had the role during the Obama presidency.

Also joining SNL this season are three new featured players. Lauren Holt, an Upright Citizens Brigade Los Angeles alum; Punkie Johnson, who has appeared on Space Force and Corporate; and Andrew Dismukes, who’s written for SNL since Season 43, have all been added to the cast. Anna Brezzen, who joined the SNL writers’ room in 2016, has been promoted to a head writer.

In addition, Michaels confirmed that Studio 8H will welcome a limited in-person audience — and potentially even musical guests — when SNL begins airing again:

“We need the audience, obviously. With comedy, when you don’t hear the response, it’s just different. With the kind of comedy we do, which quite often is broad, timing gets thrown off without an audience. And for me, what is most important is when you’re absolutely certain of some piece on Wednesday, and then the dress-rehearsal audience sees it on Saturday and tells you you’re wrong… I think us coming back and accomplishing the show will lead to — I hate to use the word normalcy — but it’s a thing that is part of our lives coming back, in whatever form it ends up coming back. So the physical problems of doing it — number of people who can be in the studio, number of people who can be in the control room, how you separate the band so that they’re not in any jeopardy — all of those are part of the meetings we’ve been having.”

All this news comes just a day it was announced that the entire Saturday Night Live cast will be returning for Season 46. It’s the first time everyone has stuck around between seasons since 2007. Hopefully we’ll get our first look at Carrey’s Biden when SNL returns on October 3rd.

Previous Story
Bootsy Collins Announces New Album, Shares “The Power of the One”: Stream
Next Story
Joe Bouchard on How “Don’t Fear the Reaper” Made It Into Stephen King’s The Stand
Popular
More Stories
[fu-upload-form form_layout="media" title="Submit Your Photo"][input type="hidden" name="ugc" value="1"][/fu-upload-form]