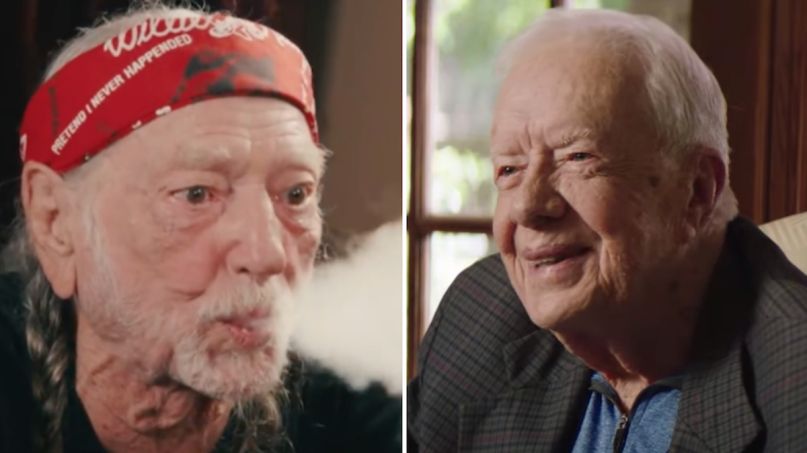 It’s one of the most enduring legends in music history — and it turns out it’s all true. In his 1988 autobiography, Willie Nelson wrote that he once smoked a joint on the roof of the White House with one of President Jimmy Carter’s sons. Now, the former president himself has confirmed the country icon’s story.

Carter shares the anecdote in the newly released documentary Jimmy Carter: Rock & Roll President. Directed and produced by Mary Wharton, the film examines how Carter embraced music alongside his politics. (Gosh, remember when that was something fun and not cause for legal action?). It highlights his friendships with the likes of Bob Dylan and Nelson, and when asked about the latter, Carter admits Nelson’s tale is true.

“[Nelson] says that his companion was one of the servants at the White House,” Carter says in the doc. “Actually, it was one of my sons.”

Chip Carter, the accomplice in question, also confirmed the story to the Los Angeles Times, saying he went to the roof with Nelson on September 13th, 1980. During a break in Nelson’s performance at the White House that day, Chip offered to take the singer upstairs:

“We just kept going up ’til we got to the roof, where we leaned against the flagpole at the top of the place and lit one up.’ If you know Washington, the White House is the hub of the spokes — the way it was designed. Most of the avenues run into the White House. You could sit up and could see all the traffic coming right at you. It’s a nice place up there.”

You can actually see Jimmy Carter laughingly tell the story in the Rock & Roll President trailer below. Why can’t we Make America this kind of Great again?