Cover your own majesty with the face of the King 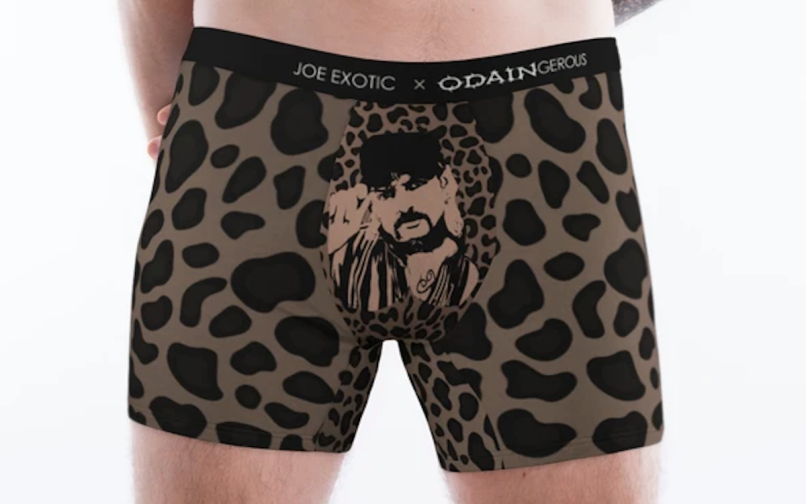 Some people take the high road, but Joe Exotic prefer to go low. The Tiger King star has launched a new underwear line called “Revenge”, and among other perks (?) it allows you to wear his face over your own crotch.

The merch is a collaboration with streetwear brand Odaingerous. As TMZ notes, Odaingerous soft-launched “Revenge” in May, and that collection of shirts and hoodies sold out in mere hours. Branded underwear is a new touch, but it makes sense: An undone fly is as synonymous with Joe Exotic as salacious murders and animal abuse.

The showstopper of these skeevy skivvies is called the “Financially Recover Cheetah Boxer Brief”. That’s the one that allows you to cover your own majesty with the face of the King. “Revenge” also includes tiger stripe prints in various colors, word patterns that say “Joe Exotic”, striking color combinations, and plain black with an orange band, for people who aren’t really flamboyant dressers but still like to overpay.

Everything officially goes on sale starting September 7th, which is the two-year anniversary of Exotic’s arrest. Boxer-briefs cost $24, and are available through the Odaingerous website.

Exotic seems to be having a hard time in prison, and he even predicted that “I’ll be dead in two to three months” more than two to three months ago. As if that weren’t enough, his beloved zoo has now permanently closed. He tried donating to Trump and asking for a pardon, but that doesn’t seem to have worked. The only good news is that Exotic will be played by Nicolas Cage in a new scripted series.