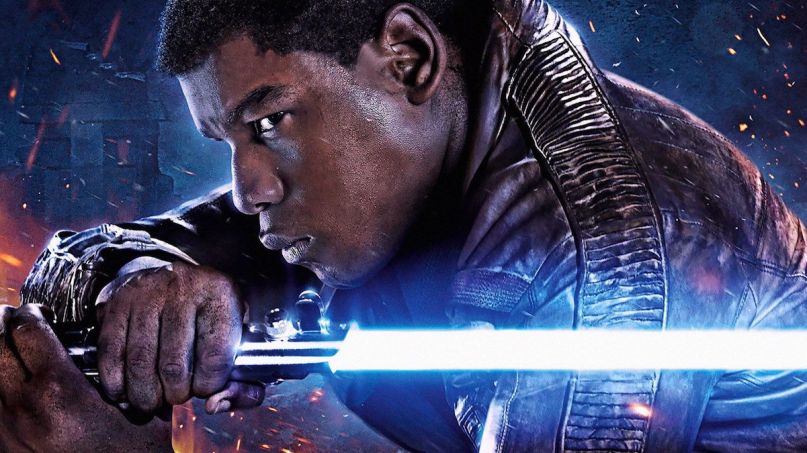 This summer has seen John Boyega step up as a passionate voice in the Black Lives Matter movement. Some have cautioned that being so vocal would threaten the career he built for himself after staring in the latest Star Wars trilogy. But as the actor revealed in a new cover story for GQ, it’s exactly his experiences making Star Wars that led him to become “much more militant” in the fight for equality.

When it was first revealed that Boyega would play a Stormtrooper defector in The Force Awakens, there was a pocket of racist backlash over the idea of a Black member of the First Order. “I’m the only cast member who had their own unique experience of that franchise based on their race,” Boyega told GQ. “Let’s just leave it like that.”

He continued, explaining how his “frustration” stems from how others didn’t receive the same fan resentment yet seemed surprised he, a Black man, did:

“It makes you angry with a process like that. It makes you much more militant; it changes you. Because you realise, ‘I got given this opportunity but I’m in an industry that wasn’t even ready for me.’ Nobody else in the cast had people saying they were going to boycott the movie because [they were in it]. Nobody else had the uproar and death threats sent to their Instagram DMs and social media, saying, ‘Black this and black that and you shouldn’t be a Stormtrooper.’ Nobody else had that experience.”

While the public response to Finn reshaped his views on how race is perceived by culture at large, Boyega contends it was only reinforced by the studio itself. Though he was the one enduring most of the fan backlash, he and his fellow actors of colors were also being sidelined on screen.

Boyega’s Finn wielded a lightsaber in a battle again Kylo Ren (Adam Driver) in The Force Awakens, and there were numerous hints that Finn was Force sensitive throughout the trilogy. This would have been a major development in the story, yet for much of The Rise of Skywalker and The Last Jedi, Finn felt like a tertiary character at best. There were even rumors that a scene with him using the Force in Skywalker was replaced with BB-8 using tech instead. To Boyega, it was all a sign of how Disney failed their first Black Star Wars lead.

“You get yourself involved in projects and you’re not necessarily going to like everything,” Boyega said. “[But] what I would say to Disney is do not bring out a Black character, market them to be much more important in the franchise than they are and then have them pushed to the side. It’s not good. I’ll say it straight up.”

He went further, noting that it wasn’t just his character that the movies diminished, but those of Naomi Ackie (Jannah), Kelly Marie Tran (Rose Tico), and even Oscar Isaac (Poe Dameron). (While it’s easy to see how audiences would consider Isaac “white,” he’s actually “a brother from Guatemala,” as Boyega put it.) Explained Boyega,

“Like, you guys knew what to do with Daisy Ridley, you knew what to do with Adam Driver,” he says. “You knew what to do with these other people, but when it came tonu Kelly Marie Tran, when it came to John Boyega, you know fuck all. So what do you want me to say? What they want you to say is, ‘I enjoyed being a part of it. It was a great experience…’ Nah, nah, nah. I’ll take that deal when it’s a great experience. They gave all the nuance to Adam Driver, all the nuance to Daisy Ridley. Let’s be honest. Daisy knows this. Adam knows this. Everybody knows. I’m not exposing anything.”

Elsewhere in the interview, he talked about how even his experiences on the Star Wars press tours revealed a vast difference in the way people of color versus white stars are treated in Hollywood. He also defended director J.J. Abrams’ “salvage job” on Rise of Skywalker, saying, “Everybody needs to leave my boy alone. He wasn’t even supposed to come back and try to save your shit.”

Read the whole thing at GQ. The interview has already renewed controversy about Boyega’s views, which he’s responded to in a tweet. He said his remarks aren’t “about a witch hunt,” but rather “about clarity to an anger that can be seen as selfish, disruptive and self indulgent.” He added, “I said what I said,” referencing his previous response to criticism over his George Floyd tweets.

These conversations and me sharing isn’t about a witch hunt. It’s about clarity to an anger that can be seen as selfish, disruptive and self indulgent. Obviously in hopes of better change.Bruh. In short. I said what I said. Love to you all seriously. Your support is amazing ! ❤️