Justin Bieber and Chance the Rapper Get Religious on New Song “Holy”: Stream

Plus, it comes with a striking, cinematic music video 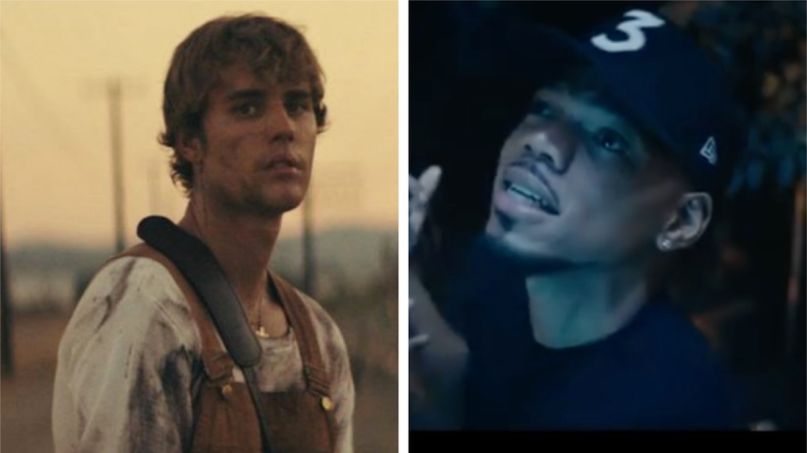 Justin Bieber and Chance the Rapper

When he’s not hosting illegal, maskless birthday parties, Justin Bieber spends his days attending church and practicing Christianity. While he’s gone on the record to say he doesn’t consider himself “religious” per say, the pop star appears comfortable acknowledging his faith in song now — or at least that’s the case with “Holy”, his new collaboration with Chance the Rapper.

Bieber teased the track throughout this week by promising fans it was the start of a “new era.” Sure enough, it features the usual bass-forward momentum of a pop song, but it’s guided by something completely fresh for Bieber: a gospel choir literally praising god. It’s anthemic and inspiring, the exact type of track that’s meant to be blasted full volume to get others to sing along.

“Holy” also comes with a short film-turned-music video. In the clip, directed by Colin Tilley, the “Stuck With U” singer works in a taxing construction job that leaves him exhausted and dirtied after a hard day’s work. He can’t handle the distance between himself and his partner, but the happy memories shine down on him — dancing in the kitchen, sleeping in late, enjoying the pleasure of a simple embrace — and help him find strength to pull through. Watch it below.

Earlier this year, Bieber dropped Changes and announced a massive tour in support of the album that had to be postponed due to the pandemic. He’s since rescheduled the dates for that tour, including 19 new stops. Grab tickets to those upcoming concerts here.