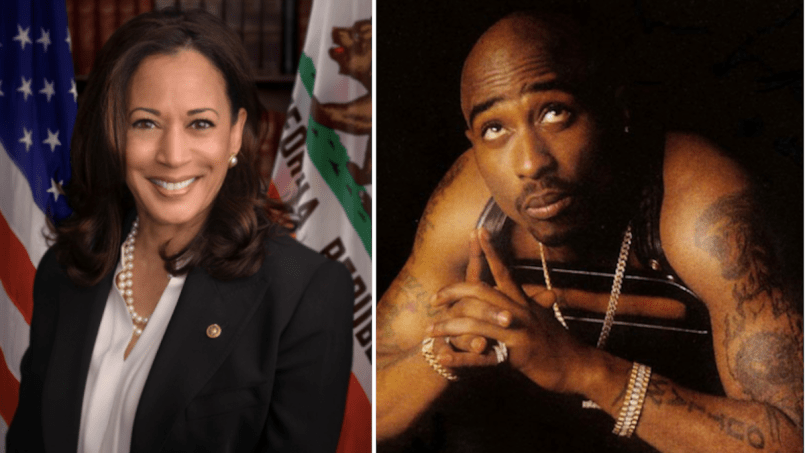 When asked who she thinks is the “best rapper alive,” Democratic vice presidential candidate Kamala Harris named the (officially) deceased artist 2pac. This suggests that she hasn’t listened to rap music in a while and whiffed on a softball question.

Senator Harris made this revealing remark in conversation with CNN’s Angela Rye and representatives of the NAACP. When the syllables “2pac,” were uttered, Rye quickly interrupted with, “He’s not alive!”

Harris laughed and said, “I know, I know, I keep doing that.”

The Senator collected herself. “Who would I say?” She then seemed to get sidetracked by thoughts of a least-favorite MC. “There are some I would not mention right now because I think they should stay in their lane,” she remarked

Rye attempted a follow-up question, but Harris shook her head. “Keep moving, Angela,” she said, as they both laughed. Rye ended the segment with a light reproach. “That was not supposed to be a stumper!”

Last year, we received our first definitive proof that Tupac Shakur is alive (and white, and also on meth). This past April, Kentucky’s Governor wrongly accused a man Named Tupac Shakur of an unemployment prank.

Then says “Not alive, I know, I keep doing that.”

Tries to think of another living rapper. “There’s some I would not mention right now because they should stay in their lane.” pic.twitter.com/MZJ5FZC4qP