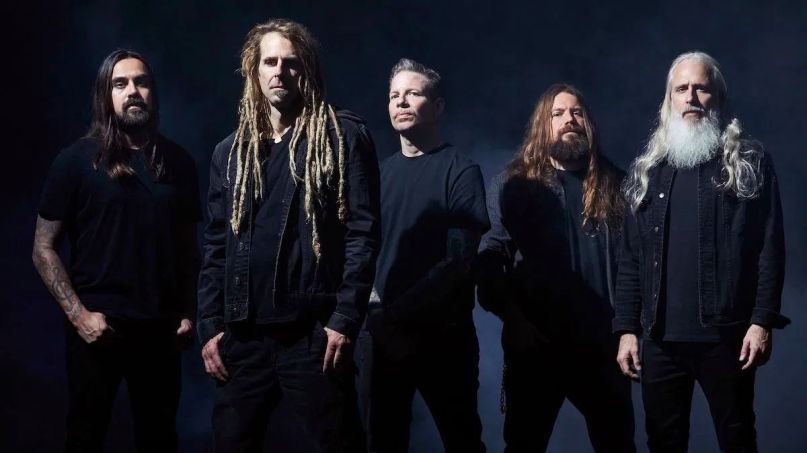 Lamb of God have announced two livestream concerts, taking place September 18th and 25th. The band will play its 2020 self-titled album and 2004’s Ashes of the Wake in their entirety during the respective shows, plus other favorites during the encores.

The September 18th event will mark the “live” debut of Lamb of God’s acclaimed self-titled album, which came out amidst the pandemic on June 19th. The band would have embarked on a massive co-headlining tour with Megadeth in support of the album, but have postponed those dates until 2021. Instead, Lamb of God have turned to paid livestreams as physical concerts remain mostly on pause.

The streams will begin at 5 p.m. ET / 2 p.m. PT on their respective days, with on-demand viewing available through those weekends. Tickets are $15 per show or $20 for both shows (for a limited time). The band will also be offering bundles and exclusive merch to ticket holders during the stream.

Each stream will feature a pre-show hosted by SiriusXM’s Jose Mangin beginning an hour before the music. The pre-show includes interviews with band members and opening sets from Bleed from Within on September 18th and Whitechapel on September 25th. Bleed from Within will be airing “a brand new full production 30-minute set” and Whitechapel will stream a 2014 set played in their hometown of Knoxville, Tennessee.

Coffee-drinking Lamb of God fans might be so inclined to brew up a pot of the band’s new “Memento Mori” coffee before watching the streams. The beans are sourced from El Salvador and roasted by Nightflyer Roastworks in Charlotte, North Carolina. Heavy Consequence received a sample, and we can attest — it’s world-class coffee, both in taste and potency. Lamb of God also recently contributed a new song, “The Death of Us”, to the soundtrack for Bill & Ted Face the Music, adding to the band’s impressive 2020 canon.

Purchase tickets to the livestreams via Lamb of God’s website, and watch our recent interview with frontman Randy Blythe below.