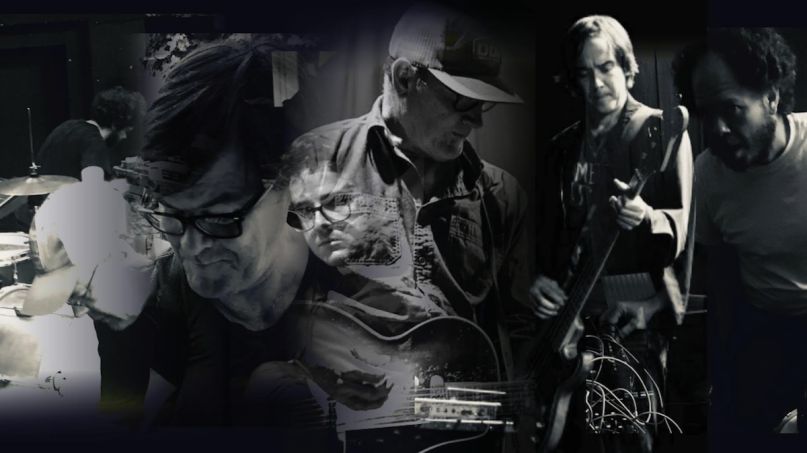 Longtime alt-country favorites Lambchop are back with a new album in tow. Today, the Nashville-based six-piece have announced TRIP, a new collection of covers that’s due out November 13th via Merge.

TRIP includes six different cover songs, each of which was chosen by a different member of the band. As such, the record sees them reinventing the works of a wide range of artists, including Mirrors, Stevie Wonder, and James McNew of Yo La Tengo. TRIP follows their 2019 record This (Is What I Wanted to Tell You) and 2016’s FLOTUS, which was one of the best albums of that year.

To celebrate the news, Lambchop have shared the album’s opening number, a cover of “Reservations” from Wilco’s opus Yankee Hotel Foxtrot that was chosen by Matthew McCaughan, the band’s drummer. In a statement, he said he’d always wanted to cover this song in particular, but the process of selecting and recording a specific single for the album stressed him out.

“Should we honor the original and try to faithfully re-create all the sounds and performances that make the song special to me, or should we take it apart and start over?” said McCaughan. “I decided I would pick a song that, while I love it, and know it, it wasn’t one that had been on repeat for months at some point in my life, nor was it one that is permanently tied to some memory of my own. Instead, I used my family’s and friends’ collections and recollections with and without their permission. That way I’d just ruin it for them. But it’s the thought that counts.”

Thankfully, Lambchop certainly did “Reservations” justice in their take. It’s open-hearted and sweet, from the sullen piano chords that kick off the track to the distant sound of a whirring laundry machine in the background. Stream it below.

Pre-orders for TRIP are currently ongoing. Check out the full tracklist and the album artwork below.