The drummer singles out an "awkward" deep cut from ... And Justice for All 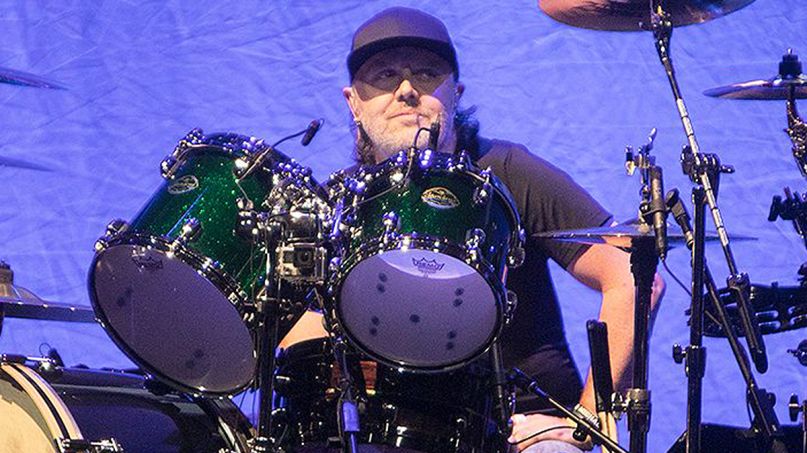 Lars Ulrich previously picked “Sad but True” as his favorite Metallica song. Now, the drummer has named the song he never wants to hear again out of his band’s legendary catalog.

In an interview with Vulture, Ulrich answered a series of juicy questions. When asked to name the Metallica song he never wants to hear again, Ulrich said that …And Justice for All deep cut “Eye of the Beholder” ranks lowest due to its “awkward” arrangement and time signature changes.

“Wherever I hear that song, it sounds kind of like — I guess we don’t want to be super-disrespectful to it — but it sounds really forced,” Ulrich commented. “It sounds like you put a square peg in a round hole. It sounds like it’s got two different tempos. There’s kind of a 4/4 feel in the intro and on the verses, and then I think the choruses are more like in a waltz tempo. It literally sounds like two different worlds rubbing up against each other. It sounds very awkward to me. I’m not a huge fan of that song.”

As a caveat, Ulrich stated that Justice track “The Frayed Ends of Sanity” is the “geekiest” drummer song and rarely played live in its entirety because of its complexity.

Ulrich went on to say that he doesn’t listen to much Metallica music at all, aside from playing it, because of his tendency to over-analyze the songs, resulting in his dissatisfaction with “Eye of the Beholder” — an ironic conundrum given the track’s title.

“I guess the asterisk is that, to me, we did the best we could each moment,” Ulrich noted. “So of course, sometimes you sit down and go ‘Huh?’ or ‘That could have been better’ or ‘That was a little awkward’ or ‘That feels a little silly or easy’ or ‘That feels over-thought-out’ or whatever. It goes back to that whole thing about the past is the past, and I don’t spend a long time back there. And there’s not really much I can do about it [laughs] and honestly, I don’t listen to them. I don’t listen to a lot of Metallica music. Part of it is because I’m sort of overly analytical [about the details]. It’s basically almost impossible for me to listen to a Metallica song without going, ‘Okay, how are the sonics, how’s the mix, how does the guitar sound? The vocals are too loud, the bass is too boomy.’ It becomes this exercise in analytics.”

In typical Lars fashion, it’s an open and candid interview with a few other notable info nuggets for Metallica fans. He declared Load and Reload the most underrated Metallica albums and said that he generally agrees with the critical consensus on Metallica’s recent output, accepting that St. Anger was “polarizing.”

“I’m pretty much okay with anything and any way people rate any of the things that we’ve done,” Ulrich said. “St. Anger, maybe, is more of a polarizing record. Some people had a hard time with the sound, the brutality of that record. If you have to kind of put them all into a sound bite: Justice, the album without the bass on it. St. Anger, the album without the snare. All this stuff, I’m very okay with any of that. I’m proud of the fact that if nothing else, all these records represent the vision of the moment. We were protective of that vision and we fulfilled it.”

Metallica made history earlier this month, becoming the first act to top Billboard‘s Mainstream Rock Chart in four different decades on the heels of the S&M2 release.

Listen to Lars’ least favorite Metallica tune, “Eye of the Beholder”, below.