Emmy-winning comedy news program will remain on HBO through 2023 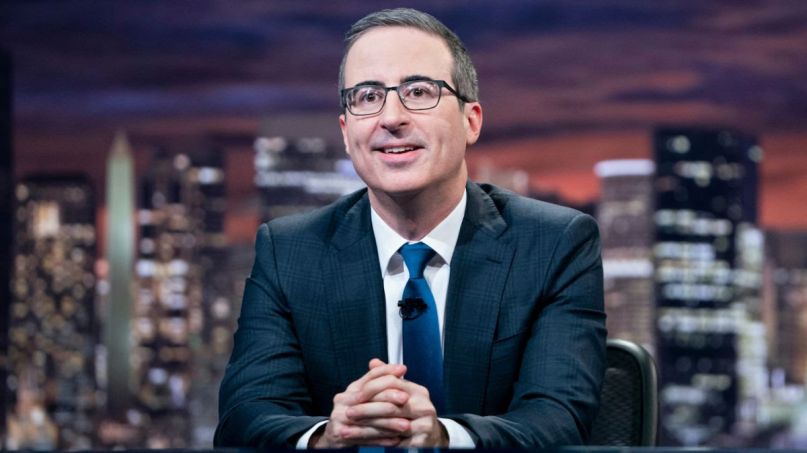 The new deal will keep John Oliver dissecting socio-political shortcomings and feuding with Connecticut towns through at least 2023.

“We’re all extremely happy to be able to continue to do our show on HBO for another three years, or until the end of the world, whichever comes first,” said Oliver in a press statement.

Since Oliver moved from The Daily Show correspondent to premium cable host in 2014, Last Week Tonight has earned two Peabody Awards and an astounding 16 Emmys. That includes four last year, including taking home the Outstanding Variety Talk Series trophy for the fourth year running. It will have a chance to extend that streak to five at this year’s ceremony, where it’s up for nine total awards including Outstanding Writing for a Variety Series and Outstanding Original music and Lyrics.

Last Week Tonight will return from its mid-season 7 break on September 27th. Even if he continues to tape from the “white void” of his socially-distanced studio, something tells us Oliver will have plenty to talk about.