So, Japan Now Has a Life-Size Gundam Robot That Moves

A replica of the iconic RX-78-2 design will greet fans at the Gundam Factory Yokohama. 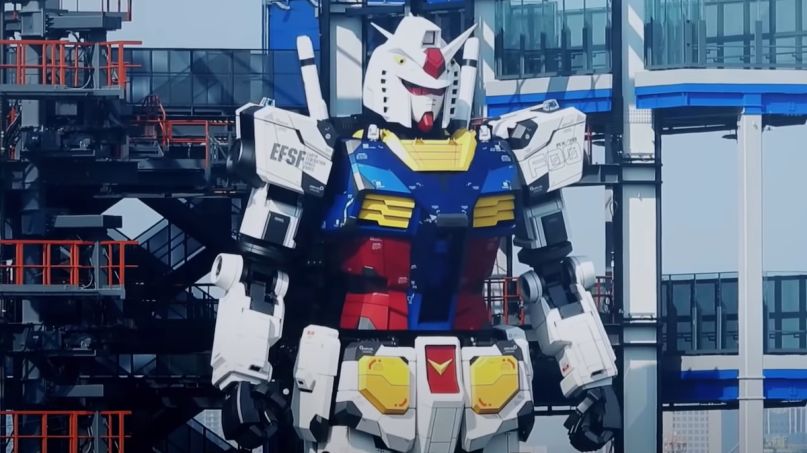 The live-size working mecha suit, dubbed the RX-78F00, is the featured attraction at the Gundam Factory, an amusement center originally expected to open in October but delayed due to COVID-19. Situated along the Yokohama Bay, the themed experience will welcome fans of the pioneering and eternally popular manga and anime series.

For the unaware, Gundam are giant, pilot-controlled suits made popular through a long-running series of comics, TV shows, movies, video games, and toy lines. They’re essentially the inspiration for any modern robot action figure or series today (think everything from Transformers to Pacific Rim).

The life-size RX-78-2 suit was first revealed earlier this year, but now footage of its movement tests have hit the Internet — and people are freaking out. The giant machine moves slow but with incredible fluidity, as you can see as it takes a knee. Even the fingers in the hands are articulated, reaching up to point to the sky as the head turns back and forth.

It is a wildly impressive creation, one that’ll surely have Disney World shaking in its boots — and if it ever breaks free of that docking station, the rest of us too. Check out footage of the real life Gundam below.

Life-sized Gundam in Yokohama is now in testing mode.pic.twitter.com/51HVoraPb7