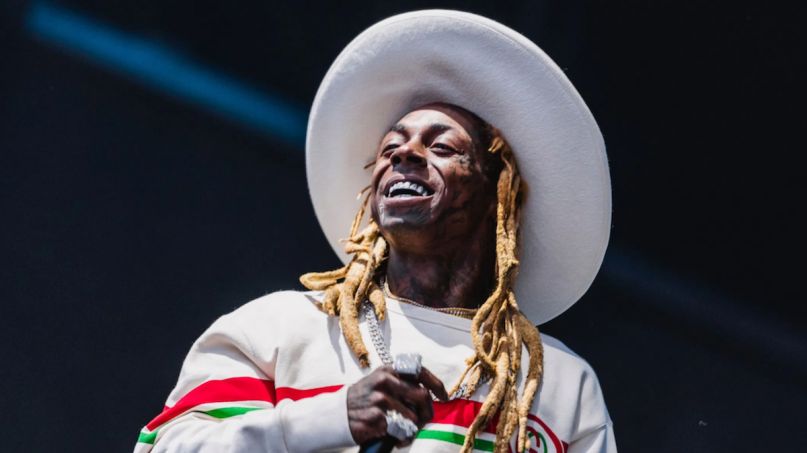 To mark the two-year anniversary of its release, Lil Wayne has shared the deluxe “original” version of Tha Carter V. Stream it below via Spotify.

Tha Carter V originally arrived in 2018 after a massive delay caused by Lil Wayne’s contract feud with Cash Money Records. There was also considerable bad blood between the rapper and label head Birdman. Things began to settle in June 2018 when Cash Money’s parent company, Universal Music Group, settled a lawsuit for “well over $10 million” that simultaneously freed Wayne from his former label. Birdman and Lil Wayne also were able to bury the hatchet.

The new deluxe edition expands upon the double-album’s 23 tracks with an additional 10. Three of the songs — a version of “What About Me” featuring Post Malone, a Gucci Mane collaboration called “In This House”, and “Hasta La Vista” — were previously released as standalone bonus cuts. Two additional guests also appear on the expanded version: 2 Chainz on “Siri” and Raekwon on “More to the Story”. Other new tracks include “Holy”, “Scottie”, “Life of Mr. Carter”, and “Lost”.