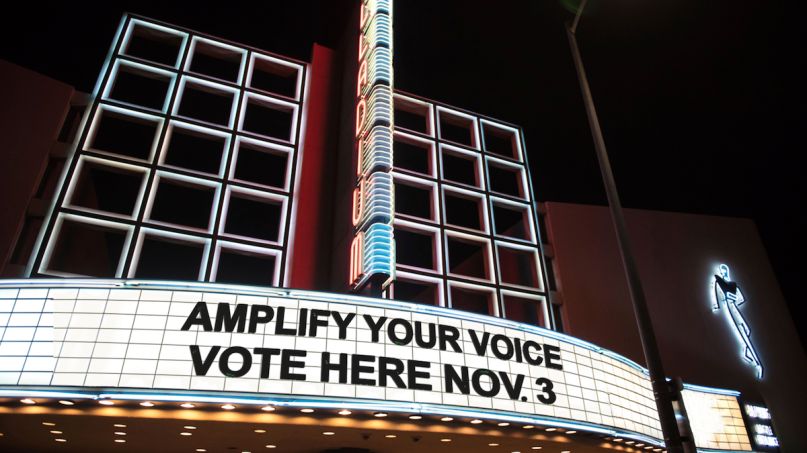 Live Nation has announced a number of civic engagement initiatives for the 2020 election, including turning a number of its venues into polling places.

The live music and entertainment giant is currently working to see how many of its over 100 venues across the United States can feasibly and safely be transformed into polling sites. As of now, four major venues have been confirmed to make the switch on November 3rd: Los Angeles’ The Wiltern and Hollywood Palladium, Austin’s Emo’s, and Atlanta’s Buckhead Theatre. Officials in Philadelphia are also in “the final stages of the vetting process” to do the same for The Fillmore.

As part of these efforts, Live Nation is partnering with a number of organizations working to expand voting access. Chief among them is More Than a Vote, a coalition of Black athletes and artists dedicated to protecting voting rights by converting sports arenas into polling places. “…Many of Live Nation’s venues are located in the heart of the communities that we are committed to empowering in this election and offer the same COVID protections due to their large capacity,” said More Than a Vote EVP of Public Affairs Michael Tyler in a statement.

Additionally, Live Nation has partnered with the voter registration organization HeadCount, the non-partisain business coalition Civic Alliance, and the poll workers recruitment initiative Power the Polls. That latter group will help Live Nation track employees who volunteer as poll workers so they can be provided with a full day of paid time off. Live Nation also says it’s providing employees with a half-day of PTO to vote “as it usually does.”

“Core to what we do at Live Nation is helping amplify voices on stage around the world, and supporting voting is another important way we want to continue making voices heard,” said Michael Rapino, President and CEO of Live Nation. “We’re honored to work with such incredible partners and will do everything in our power to support and empower voter engagement among our employees and the public.”

It’s unquestionably a great service that Live Nation is filling its venues with voters this year. Rapino is still hoping that by this time in 2021, the crowds will be actual concertgoers returning for shows.