"I wanted to break free, let loose, and express my misery," she said of her alter ego 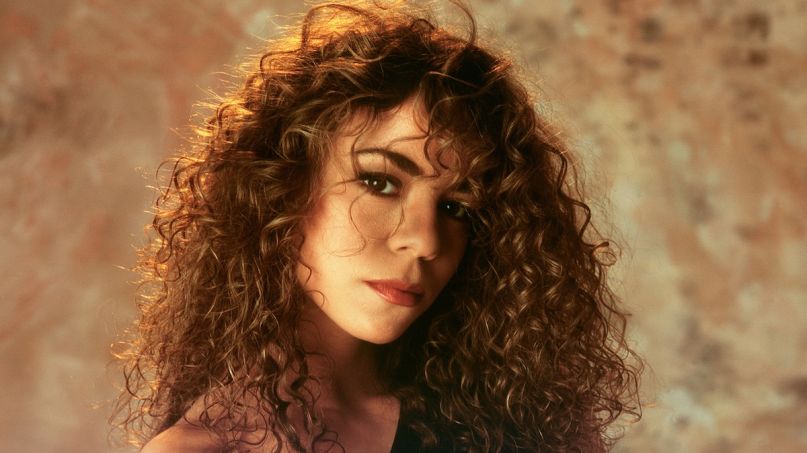 Mariah Carey is set to release her new memoir this week. Already, The Meaning of Mariah Carey has provided us with one especially incredible, previously unknown anecdote abut her legendary career: back in 1995, she secretly recorded a grunge rock album.

The pop icon revealed the tidbit on Sunday in a promotional tweet for her new book. “I did an alternative album while I was making Daydream,” the multi-Grammy winner wrote. “Just for laughs, but it got me through some dark days.”

Included in her Twitter post was an excerpt from the memoir containing more details about that secret ’90s project. “I’d bring my little alt-rock song to the band and hum a silly guitar riff. They would pick it up and we would record it immediately,” reads her book. “It was irreverent, raw, and urgent, and the band got into it. I actually started to love some of the songs. I would fully commit to my character.”

For those fans who’ve only known Carey to be one of the best pop vocalists of our time — or at the very least, the Queen of Christmas — this alternate “character” should throw them for a real loop. She explained further,

“I was playing with the style of the breezy-grunge, punk-light white female singers who were popular at the time. You know the ones who seemed to be so carefree with their feelings and their image. They could be angry, angsty, and messy, with old shoes, wrinkled slips, and unruly eyebrows, while every movie I made was so calculated and manicured. I wanted to break free, let loose, and express my misery — but I also wanted to laugh. totally looked forward to doing my alter-ego band sessions after Daydream each night.”

Carey even provided a short snippet of music from that time, while shouting out a friend named Clarissa who performed lead vocals “with me as a hidden layer.” The snippet also featured references to Clarissa’s band Chick and their album Someone’s Ugly Daughter.

In a statement to Pitchfork, the pop singer’s reps confirmed that Carey did indeed write, produce, and record background vocals for this 1995 Chick album, as well direct one of their music videos. While Someone’s Ugly Daughter unfortunately isn’t available to stream, a few of its songs, including one called “Demented” mentioned by Carey, have made their way onto YouTube. In a follow-up tweet on Monday, Carey said she’s now on “a quest to unearth the version of this album with my lead vocals and will not stop until we find it.”

Check out Carey’s tweets below, followed by “Demented”.

The Meaning of Mariah Carey drops tomorrow, September 29th (order your copy here). This winter, she’ll star in an exclusive Apple TV+ Christmas special. The holiday program comes less than a year after her legendary “All I Want for Christmas is You” finally topped the charts for the very first time since its initial release.

Fun fact: I did an alternative album while I was making Daydream 👀 Just for laughs, but it got me through some dark days. Here's a little of what I wrote about it in #TheMeaningOfMariahCarey 🤟 S/O to my friend Clarissa who performs the lead w/ me as a hidden layer #Chick #TMOMC pic.twitter.com/Re23t5whcd

Fun fact 2: now that you've listened to Clarissa's kick-ass lead vocals, I can tell you that I'm on a quest to unearth the version of this album with my lead vocals and will not stop until we find it! So happy that we get to experience this together lol! 🐏❤️🎸 https://t.co/EMukSDgWPu