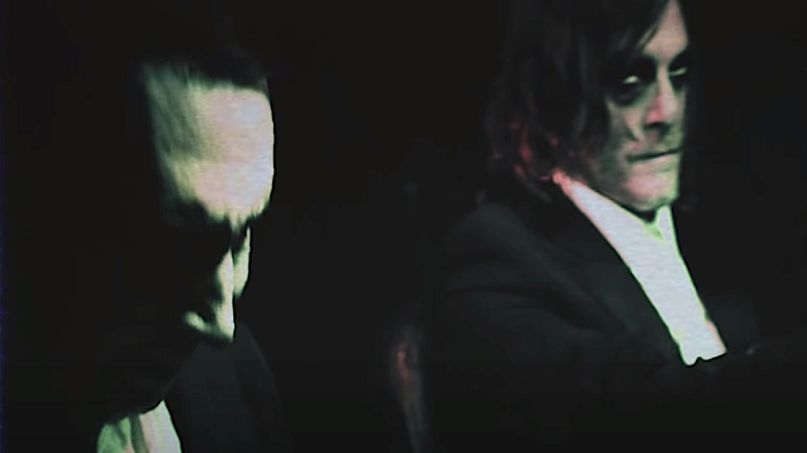 “DON’T CHASE THE DEAD” was recently released as the second single from Manson’s latest album, WE ARE CHAOS, which arrived earlier this month. The LP debuted at No. 8 on the Billboard 200 chart, marking Manson’s eighth consecutive album to land in the Top 10.

Reedus, who has played Daryl Dixon in The Walking Dead since the beginning of the popular AMC series, co-stars alongside Manson in the cinematic video for “DON’T CHASE THE DEAD”. The clip depicts a heist gone violently wrong, along with scenes of Manson singing the song.

Manson discussed “DON’T CHASE THE DEAD” in our recent interview with the singer. He told us that the track is “a very driving song, but when it opens up in the chorus, it has very Berlin-era [David] Bowie elements.”

He added, “It sort of has this postulating feeling of unease but romance at the same time. It sounds like the end of the world, in a way. That really was what I was trying to capture.”