Marilyn Manson on Ozzy Osbourne: “He Had This Strange Mystique That He’s Never Really Escaped From” 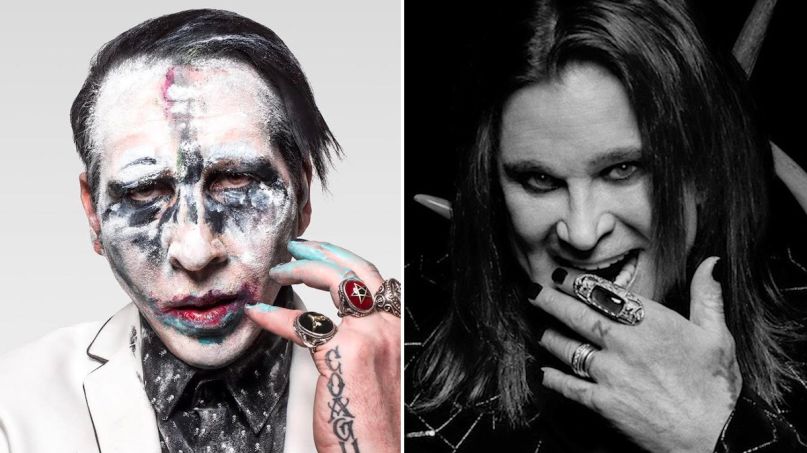 Marilyn Manson was set to support Ozzy Osbourne on tour this year, but those dates were canceled as Ozzy sought treatment for various health issues. Just as fans were excited to see the Antichrist Superstar and the Prince of Darkness on tour together, Manson himself was looking forward to hitting the road with Ozzy again.

This past Friday (September 11th), Manson unleashed his 11th album, WE ARE CHAOS, but it was originally set to be released in time for his planned spring/summer tour with Ozzy. As Manson told us, not only was he concerned for Ozzy’s health, he had to rethink his own plans for 2020.

“It was very upsetting when I found out that Ozzy couldn’t do the tour and that he [had health issues], and that was before the pandemic hit,” Manson remarked. “At the time for me, it complicated my plans because I wanted to put out the record in February or March, as it was already done. [As it turned out, the tour] would have been canceled anyway [due to the pandemic].”

While on the topic of Ozzy, we asked Manson to discuss the influence that Ozzy has had on his career, and he reminisced about his early exposure to the metal legend’s music.

“I remember getting [Ozzy’s solo debut] Blizzard of Ozz when I was in Christian school,” recalled Manson. “My mother took me to get it at the record store when it was highly frowned upon and forbidden in Christian school. But I just remember that he had this strange mystique that he’s never really escaped from, despite the fact that he even had a reality TV show. Somehow his music outlived that [show]. That’s something I would not have done ’cause I would never want to share my personal life on reality TV. But his music completely exceeds that, which I find to be amazing.”

Manson continued, “I remember having a Shot in the Dark poster on my wall, in 10th grade I think, and it was so great to have gotten to tour with him and with Black Sabbath, as well. And he’s always been a very quiet and interesting person. We bonded over painting, strangely enough, at one point on tour.”

In addition to sharing a “strange mystique”, Manson and Ozzy have other parallels in their career. Both have notably been the subject of controversies concerning their alleged influence on tragic incidents.

In 1985, Ozzy was sued by the parents of a young teenager who killed himself while listening the singer’s song “Suicide Solution”, but the case was eventually dismissed.

Manson, meanwhile, received blame from conservative groups for the 1999 mass school shooting in Columbine, Colorado, when it was determined the two shooters listened to his music.

As far as that connection, Manson simply told us. “I think that sometimes all of the blame [placed on] music and entertainment [for tragic incidents], if it were brought up now, would seem almost absurdly foolish to even suggest something like that.”

As of now, there has been no announcement regarding any potential rescheduling of Manson’s tour with Ozzy. In the meantime, Manson’s new album, WE ARE CHAOS, is available here, while Ozzy’s latest, Ordinary Man, can be picked up here.

Read our full Marilyn Manson interview, in which he discusses his new album and his life during the pandemic, among other topics.