Marilyn Manson Masterfully Embraces His Influences on WE ARE CHAOS: Review 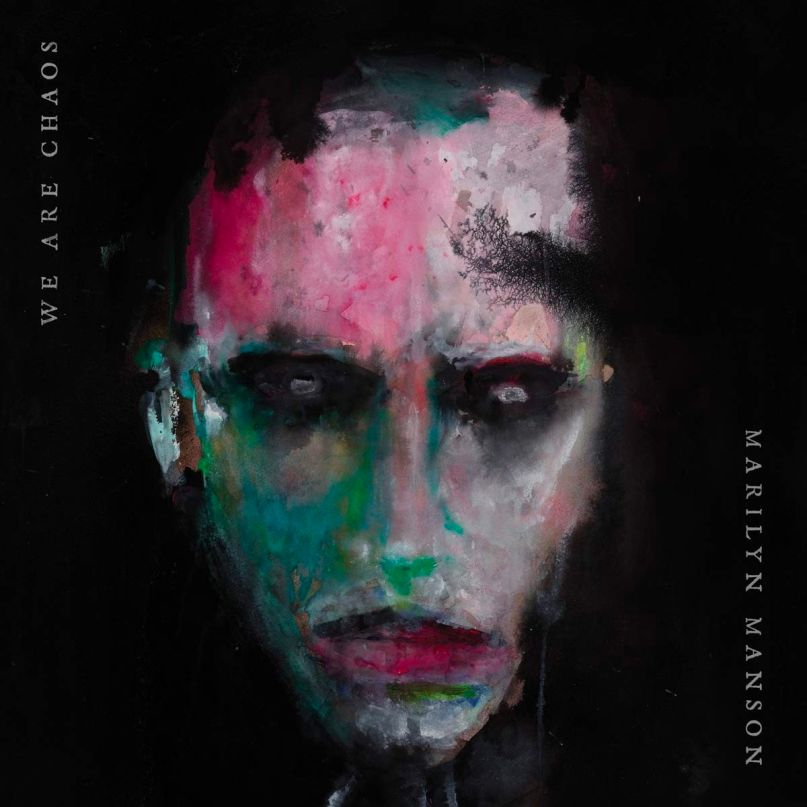 The Lowdown: While Marilyn Manson has developed a signature sound over the past 30 years, it never manages to get stale. One reason for this is the revolving door of musicians and producers with whom he has worked throughout his career. Manson is back with his 11th album, WE ARE CHAOS, and he recruited Shooter Jennings — son of legendary country artists Waylon Jennings and Jessi Colter — as his new musical compatriot. The two met when Manson was working on the TV show Sons of Anarchy and, according to Manson, have wanted to work together for a while.

With Tyler Bates at the production helm on Manson’s critically acclaimed albums The Pale Emperor (2015) and Heaven Upside Down (2017), one might be concerned about this change in the ranks. Have no fear, though, as the resulting collaboration between Jennings and Manson is masterful. Jennings’ country roots are less evident than his and Manson’s mutual love for David Bowie, T. Rex, Alice Cooper, and ’80s new wave.


The Good: Marilyn Manson has always exuded a dichotomy between two opposing forces, the light and the dark, as evidenced by the references to both Marilyn Monroe and Charles Manson in his name. It is fitting then that his albums tend to follow the same pattern, although some sway more toward the darkness and some go more toward the light. Manson’s latest effort is one of those that heads more toward the light. Of course, it is not devoid of the gothic darkness and industrial rock that pervades all of Manson’s music, but there is definitely “a romance to the album,” as Manson himself put it. Every song on WE ARE CHAOS feels like a climactic scene in an epic film and gives the listener a sense that they are a part of the saga.

As is typical with romance, the album is also tinged with sadness. Though Manson has revealed that WE ARE CHAOS was finished in January of this year, the title track could be the theme song of 2020 with its chorus, “We are sick/ F**ked up and complicated/ We are chaos/ We can’t be cured.” Manson’s lyrical themes tend to be more philosophical than overtly political, but they certainly make a pertinent commentary on humanity. The acoustic-driven “WE ARE CHAOS” has an accessible, almost Beatles-like quality to it, but still maintains Manson’s signature industrial undertones and melancholy croon.

Elsewhere, second single “DON’T CHASE THE DEAD” could best be described as glam death rock. The ’80s inspired, and keyboard driven chorus will inevitably get stuck in your head and force you to listen to it repeatedly. “HALF-WAY & ONE STEP FORWARD” is also keyboard driven, while being simultaneously eerie and melodically memorable.

Another gem along these lines is “SOLVE COAGULA”, in which the drums, guitars and keyboard of the chorus swell together creating an emotional riptide that pulls the listener along with it. The guitar work recalls Pink Floyd’s David Gilmour and the keyboards are reminiscent of something off of Mechanical Animals, if it had a little more time to mature.

While there is a “romance” to WE ARE CHAOS, the album is not all love and flowers (although flowers do seem to be a theme, or at least the destruction of flowers). With the cracking drums and rolling bass line of the opening track “RED BLACK AND BLUE”, one knows this is unmistakably a rock album as only Manson can deliver. It is arguably the heaviest and most industrial track, although one could make a case for “INFINITE DARKNESS” taking this title. Both bring to mind Antichrist Superstar and signal the conflict in the story that is woven together by the whole album.

The Bad: It is really difficult to find anything negative about this album as it is best enjoyed from beginning to end. However, “PERFUME” is perhaps the most typically “Manson” song on the album with its upbeat drums and heavy distorted rhythm guitars. This does not distract from the overall journey that WE ARE CHAOS takes you on, though, and it’s still a solid track.

The Verdict: The myriad of varying musical influences on WE ARE CHAOS makes for an intriguing mix. It still has the quintessential Manson sound with his low growling croon and goth rock tendencies, but the guitar and piano work definitely send it in a more rock ‘n’ roll and less industrial direction. Overall, the production, musicianship, and songwriting are among the best of Manson’s career.

Pick up a copy of Marilyn Manson’s WE ARE CHAOS here.