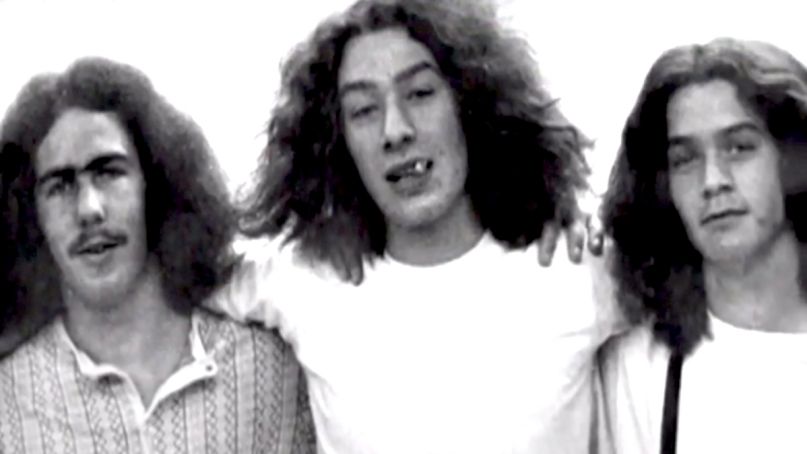 Mark Stone, the original bassist for Van Halen, has died after a battle with cancer. His death was confirmed by his brother Brad, who posted the sad news via Instagram, and by Van Halen News Desk, which reported that Stone had recently been in hospice care.

While Stone was a founding member of Van Halen, his tenure in the band was short-lived. He was a member of the band from their formation in 1972, alongside brothers Eddie and Alex Van Halen, and eventually David Lee Roth. Initially, the group called itself Genesis, but changed that to Mammoth upon learning that there was another band named Genesis. In 1974, the band changed its name to Van Halen, but also parted ways with Stone that same year in favor of Michael Anthony.

As Stone once explained it, he was committed to his schoolwork at the time, and it affected his performance with the band. “I was a straight ‘A’ student in school, and doing the band, and split between these two things, and basically, I couldn’t keep up with them,” Stone disclosed in the documentary The Van Halen Story: The Early Years.

He continued, “We met one day, and they actually asked me to leave. For a long time it was really tough. It was really tough leaving that band because I knew they were destined for greatness. They say, ‘Don’t leave before the miracle happens,’ and I did.”

While Stone never appeared on any official Van Halen releases, he contributed to some demos from 1973 through 1974. Those can be heard below, followed by the aforementioned documentary in which he discussed his departure from the band.

Our condolences go out to Mark Stone’s family, friends and bandmates during this difficult time.