The Travis Scott Meal will be available starting September 8th 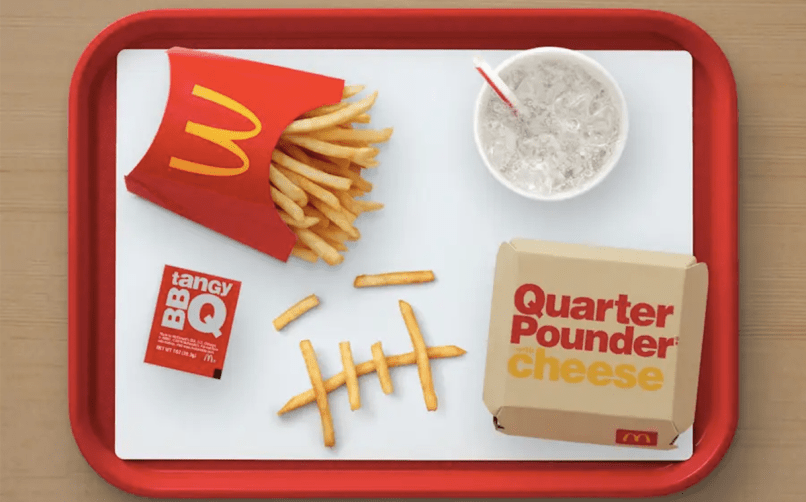 By its own admission, McDonald’s has been struggling to reach consumers 34 and younger. Rather than engaging with issues that young people care about — nutrition and environmental sustainability come to mind — the Golden Arches have instead tried the “How do you do, fellow kids?” approach, and partnered with Travis Scott to offer the same shit that was already on the menu.

The last time that Ronald and friends linked up with a celebrity sponsor was thirty years ago with Michael Jordan. That endorsement-free era has ended, as McDonald’s announced the Travis Scott Meal in a news release earlier today. It comes with a quarter pounder with cheese (add bacon), plus french fries, barbecue sauce, and a Sprite. Growing up, we called that a #3, but for a limited time it’s the Cactus Jack special. Ordering a Travis Scott will run you $6, while the same thing sans bacon costs $5.79. Is that even really a discount? No. But on the other hand, you can’t choose your own drink, and who wouldn’t pay extra for a perk like that? This offer runs from September 8th through October 4th.

In an interview with Business Insider, McDonald’s Chief Marketing Officer said that younger Millennials and Gen Z are “becoming more and more challenging for brands to reach.” He explained,

McDonald’s also plans to give some money to charity, though from their press release they haven’t gotten around to doing it yet. Instead, the website says they are still “exploring opportunities to support charitable organizations during the month-long program.”

For his part, Travis Scott is also enthused. “I couldn’t be more excited to bring the Cactus Jack x McDonald’s collaboration to life,” he said. “We are bringing together two iconic worlds. Including a charitable component was key for me, and I can’t wait for people to see what we have in store.” Cactus Jack is also designing some limited-edition McDonald’s merch, . Update: You can find the full selection of Scott and McDonald’s collaborative merchandise here.

McDonald’s isn’t the only one ordering up collaborations with Travis Scott. He recently shared “The Plan” for Christopher Nolan’s Tenet trailer, confirmed a Kid Cudi collaborative album, linked up with Kanye West for “Wash Us in the Blood”, and reunited with Rosalía on “TKN”.