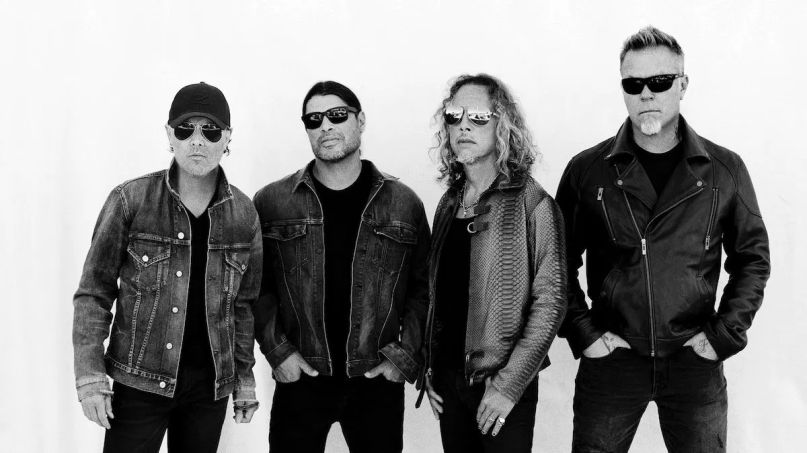 Metallica have added another milestone to their storied history. The metal titans just became the first act to hit No. 1 on the Billboard Mainstream Rock airplay chart in four different decades, topping the latest tally with their performance of “All Within My Hands” from their recent S&M2 release.

Justifiably, it should be five decades of topping the chart, but the band never had a No. 1 rock hit in the ’80s, despite a legendary output of albums in that era. In fact, Metallica didn’t even have a song crack the Top 40 of the Mainstream Rock chart during that decade. Not even 1991’s “Black Album” produced a chart-topper, even though it’s the biggest selling album of the SoundScan era.

Instead, Metallica scored their first No. 1 on the Mainstream Rock chart in 1996 with “Until It Sleeps” from Load. Overall, they’ve had 10 songs top the chart during their career. The new version of “All Within My Hands” (which originally appeared on 2003’s St. Anger) is credited to Metallica and the San Francisco Symphony, with whom the band performed the tune last year during a pair of “S&M2” shows. The performances were recently released as the S&M2 live album and concert film, available here in multiple formats or as a deluxe box set here.

In other news, Lars Ulrich was recently asked by GQ to name his favorite Metallica song, to which he answered “Sad but True”. He explained, “I just love playing that song. I play it a little differently each time. I love the tempo and giving it a different interpretation every time I play it.”

In the same feature, the drummer also revealed that the first album he ever bought was Deep Purple’s Fireball when he was 9 years old, among other “firsts” in his life and career.

It’s been a busy few weeks for Metallica. In addition to releasing S&M2, the band screened their first concert of 2020 at drive-in movie theaters across North America this past weekend. Additionally, a new snake species was named after frontman James Hetfield, while a set of collectible Metallica statues was announced earlier this week.

Watch Metallica’s chart-topping performance of “All Within My Hands” below.