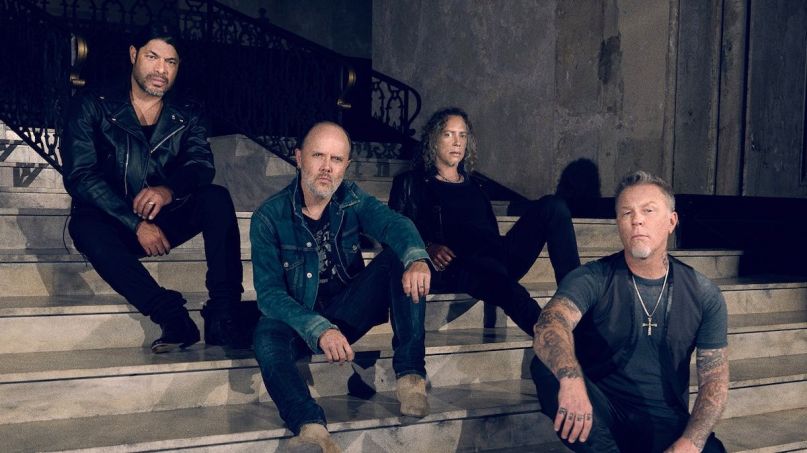 As wildfires continue to rage on the West Coast, Metallica are once again doing their part to financially aid in the relief efforts. The band has made a $250,000 donation through its All Within My Hands Foundation — the fourth consecutive year the foundation has supported wildfire relief.

In past years, wildfires primarily impacted Metallica’s home state of California, but the string of 2020 fires that began spreading in late summer have also significantly affected Oregon and Washington, among other states. A record 3.7 million acres have burned thus far, with the fires still persisting.

Metallica made the announcement via a statement on their website, including a list of the relief funds that will receive donations from All Within My Hands:

“Wildfires have become a cruel and unwelcome annual benchmark in California, and this year we have seen them tragically extend across the entire west coast of our country. This is the fourth consecutive year, dating back to the formation of the Foundation, that All Within My Hands has activated to support fire relief: the critical local services component of our mission.

We would like to encourage you to join us in supporting those in need and our first responders in any way you can by donating money, non-perishable food, clothing and other supplies, or by giving your time volunteering or providing safe, temporary housing. Every little bit helps.”

It’s been a brutal year, and Metallica also supported COVID-19 relief with more than $600,000 in donations when the pandemic hit. It’s good to see the metal legends giving back during times of crisis, with the All Within My Hands Foundation becoming the cornerstone of Metallica’s philanthropic endeavors.

Despite the cancellation of their concerts and festival appearances, Metallica salvaged 2020 with the release of S&M2, making history as the first act to top Billboard‘s Mainstream Rock Chart in four different decades.

Meanwhile, the members of Metallica isolated for months before finally rehearsing together and then recording a live set that was shown at drive-in theaters. James Hetfield and Kirk Hammett also beamed in a remote performance of “The Star Spangled Banner” before a San Francisco Giants game, as the Giants’ annual “Metallica Night” was called off this year.

For more information on the recipients and breakdown of the donations, visit the All Within My Hands website.