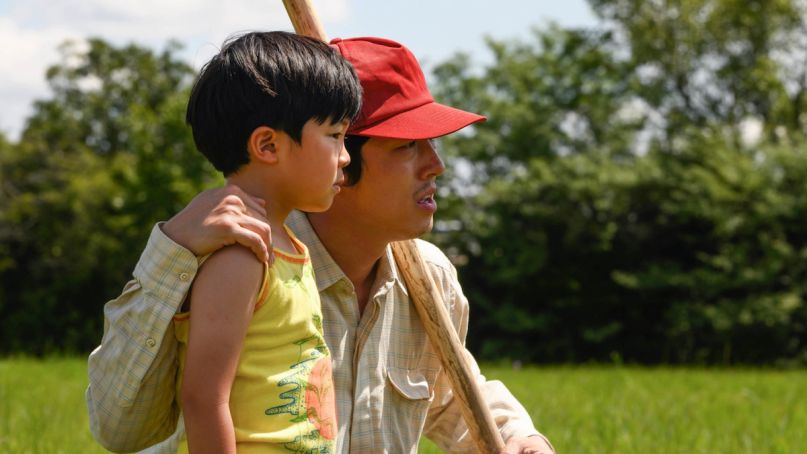 For many of this current generation, the American Dream has never felt as far out of reach as it does now. As ever, though, there’s hope that the possibility of better still exists. In the trailer for filmmaker Lee Isaac Chung’s new film, Minari, that hope encounters the immigrant identity for a young Korean family.

Minari came out big when it premiered at the Sundance Film Festival back in January, taking home the US Dramatic Grand Jury and US Dramatic Audience awards. This new preview makes it easy to see why, as it paints a powerful picture of a family fighting each other but fighting together for a better life.

Steven Yeun stars as family patriarch Jacob Yi, who uproots his wife, (Yeri Han as Monica) and two small children (the teenaged Anne, played by Noel Cho, and the younger David, played by Alan S. Kim) from California to Arkansas. Jacob has purchased a farm with money saved from his and Monica’s work in chicken sexing (the tedious but highly skilled task of determining the gender of chickens). With David suffering from a heart murmur and both parents working long days to make this new life for their family, they bring the fun but foul-mouthed grandma Soonja (Yuh-Jung Youn) over from Korea to help out.

A reflection of Chung’s own life growing up as an immigrant child in rural Arkansas, the film looks filled with intimate beauty. Representation for Asian Americans in movies has seen a much needed — if not slow — rise as of late, and Minari just may be the next great bilingual drama to capture audiences’ hearts.

Take a look at the trailer below. A24 is set to distribute Minari, though no release date has yet been set.