Mulan on Disney Plus: How to Watch, Release Time, and Everything You Need to Know 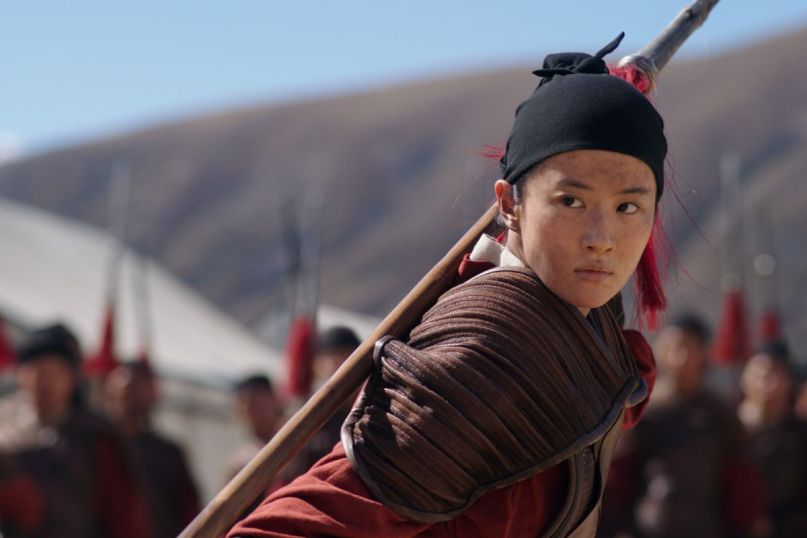 So what else do we know about Mulan, and how can you watch it? Read on for all the details and insights.

How Can I Watch Mulan?

The movie will debut exclusively on Disney+ as a Premium rental that will cost $29.99. The window for the Premium rental extends all the way until November 2nd, 2020 before the film becoming available for all Disney+ users on December 4th. The film will not be offered in France at this Premium rate; instead, Disney+ subscribers in that country will have to wait when it drops for free at a later date.

While the platform no longer offers free trials like its competitors, Disney+ is relatively inexpensive. You can sign up now for $6.99 a month or just $69.99 for a year. Sign up here! You can also package Disney+ with Hulu and ESPN+ for just $12.99 a month. If you already have one of those service and have been considering adding Disney+, now is the perfect time! Get the bundle deal now.

When Does Mulan Premiere?

What Is Mulan About?

The premise of the film is similar to the 1998 animated film, but more faithful to how the legend of Fa Mulan has been passed down through Chinese culture. It follows a young woman who goes undercover as a man in the Chinese Army after the Emperor decrees that one man from every family must serve against the onslaught of a fierce, nomadic tribe hellbent on revenge.

Mulan makes this choice to protect her ailing father and because her own talents and skills with arrows, staffs, and other weapons are quite remarkable. As in the animated film, Mulan initially struggles in basic training, both because of the physical acts required and because she’s trying to ensure that no one catches on to her ruse.

How Is Mulan Different from the Original?

According to our own Josh Spiegel,

“Mulan is extremely different. Unlike the animated film, there aren’t any songs performed within the movie. (Christina Aguilera, who sang ‘Reflection’ during the closing credits of the 1998 film, does so again here.) You may recognize the musical themes of songs like ‘Honor to Us All’ or dialogue that mirrors the lyrics of ‘I’ll Make a Man Out of You’, but you’ll see no one burst into song.

There’s also no chatty dragon voiced by Eddie Murphy to help Mulan either. One of the strengths of this Mulan is that Caro and the quartet of credited screenwriters lean heavily into the weightiness that permeates this story. At its heart, this is a wartime epic; where the original film felt comfortable being cheeky and cute in between its action-heavy sequences, this film approaches, but doesn’t quite tip over into, humorlessness.”

Who Appears in Mulan?

The film stars Liu Yifei as the titular character, Donnie Yen as Commander Tung, Jason Scott Lee as Böri Khan, Yoson An as Cheng Honghui, Gong Li as Xianniang, and Jet Li as the Emperor.

Is There Controversy Around the Film?

Yes. An international boycott surrounding the film began after star Liu Yifei re-shared an image posted by Chinese newspaper People’s Daily. The image featured a quote from a reporter that read, “I support Hong Kong police. You can beat me now. What a shame for Hong Kong.” Not too long after, the hashtag #BoycottMulan began trending across the world, which even prompted Disney to recuse the actress from appearing at the 2019 D23 Expo.

What’s more, back in February, producer Jason T. Reed confirmed that the character Captain Li Shang was dropped in reaction to the # MeToo moment. He claimed “having a commanding officer that is also the sexual love interest was very uncomfortable and we didn’t think it was appropriate.” The dismissal spawned backlash from the LGBTQ community, who argued Shang’s relationship with Mulan’s male alter ego Ping offered up a bisexual narrative, thereby making Shang an LGBTQ icon.

Is Mulan Any Good?

In his B- review, Spiegel writes, “What Mulan comes close to is proving that there’s a future for the remakes of animated films, a future that previously seemed impossibly bleak when you watch redos of The Lion King or Beauty and the Beast. The framework is the same, but the tone of this film, and much of its presentation, implies that the filmmakers took their work incredibly seriously. Unlike other Disney remakes, the issue with Mulan isn’t that it hews to the formula too closely; it’s that when this movie veers away from that formula, it tries to be something approaching a Marvel movie, and that’s one crossover we still don’t need.”

What Else Is on Disney+?

Tons! In addition to the majority of the Marvel Cinematic Universe, the Star Wars universe (including the excellent The Mandalorian, which returns in October), all your classic Disney favorites, and even more new content coming to Disney+ this month. There’s also the Hamilton movie, the new Muppets series, and the star-studded The One and Only Ivan.

That’s all without mentioning the countless titles being added each month. This month sees the addition of D2: The Mighty Ducks, D3: The Mighty Ducks, Never Been Kissed, Trick or Treat, The Wolverine, Christopher Robin, and the list goes on.

Sign up for Disney+ now, or get the bundle with Hulu and ESPN+ for just $6 more.

Is There a Trailer for Mulan?

Of course! Watch it below.