Napalm Death Emerge Victorious on Throes of Joy in the Jaws of Defeatism: Review

The UK grindcore masters continue to evolve on their 16th album 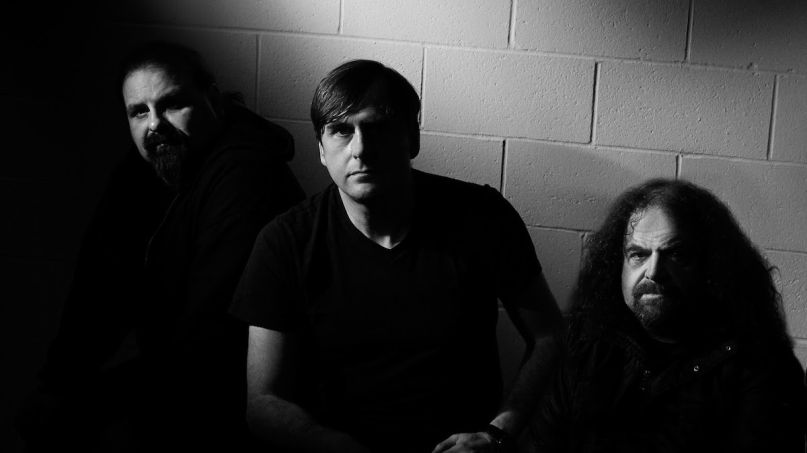 The Lowdown: UK grindcore pioneers Napalm Death have managed to deliver ferocious, politically charged music with consistency for over 30 years. What’s more: they’ve done so despite numerous lineup changes and shifting trends. Now, after a five-year break, the longest in their career, they’ve delivered one of their most experimental releases without sacrificing identity or integrity

The Good: Napalm Death have maintained goodwill this long by playing to their strengths: a lightning-fast blend of political hardcore and extreme metal. Their latest, Throes of Joy in the Jaws of Defeatism, contains its share of traditional barn burners, including the timely first single, “Backlash Just Because”.

On the back half of the record, though, they indulge wholeheartedly in the art rock and post-punk influences that have long colored the edges of their music (and which they hinted at on this year’s non-album single “Knowledge Ravaged by Brute Force,” which deserved a slot on this record).

Songs like “Invigorating Clutch” and “Amoral” incorporate the rhythm and texture of Killing Joke and Sonic Youth, the latter of whom they cover with aplomb as a bonus track. Playing too much with genre can putrefy extreme metal, but Napalm Death pull it off.

The Bad: Those expecting more high-speed blasts like Napalm’s Guinness Book of World Records-awarded “You Suffer” might thumb their noses at the no-wave drone of “A Bellyful of Salt and Spleen” or vocalist Barney Greenway’s almost black metal delivery on “Joie De Ne Pas Vivre”. For open minded listeners, though, there’s no real downside to Throes of Joy in the Jaws of Defeatism. These experiments mostly work, and it’s not as if the rest of the band’s discography is going anywhere.

The Verdict: Throes of Joy in the Jaws of Defeatism could have easily bellyflopped. Instead it’s a beautiful jackknife. Bassist Shane Embury wrote the vast majority of the music, as long-time guitarist Mitch Harris has stepped away from day-to-day duties with the band, including touring. Rather than play the hits, Embury took this record as an opportunity to redefine what the band’s sound can successfully encompass. Together with Greenway’s thought-provoking lyrics, Embury delivered a set of songs so good that they made the band’s recent victories seem conservative in retrospect. Even the bonus tracks course with vitality. In 2020, Napalm Death remain — to quote one their series of cover albums — leaders not followers.

Pick up Napalm Death’s Throes of Joy in the Jaws of Defeatism here.