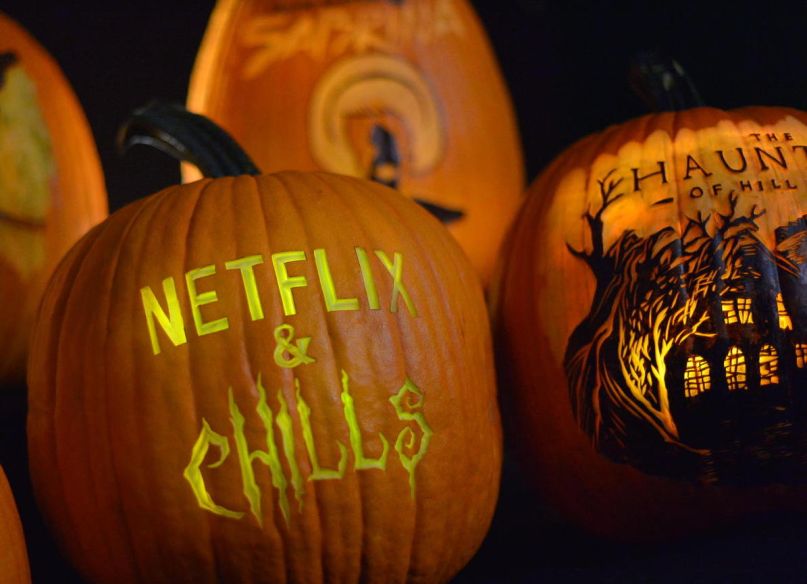 Netflix is getting into the spooky business. Today, the streaming giant announced their Fall programming, which they’ve aptly dubbed Netflix and Chills. This includes new movies, shows, and all kinds of tricks and treats for the living room.

Among the many highlights is Mike Flanagan’s new miniseries The Haunting of Bly Manor, Adam Sandler’s kooky new comedy Hubie Halloween, Ben Wheatley’s reimagining of Rebecca, and a second volume of Unsolved Mysteries.

Peruse the full calendar below and stay tuned for more things to go bump in your night. Let’s not forget, Netflix isn’t the only network getting into the spirit as Shudder previously announced they’re offering 61 Days of Halloween.

And so are we! At Consequence of Sound, spooky is year-round, what with The Losers’ Club, Halloweenies, Psychoanalysis, and The Horror Virgin, and you can bet your pumpkins we’ll be carving up some wonderful features in the weeks ahead.

Vampires vs. The Bronx

The Haunting of Bly Manor

A Babysitter’s Guide to Monster Hunting

The Last Kids on Earth: Book 3

Nobody Sleeps in the Woods Tonight

The Day of the Lord