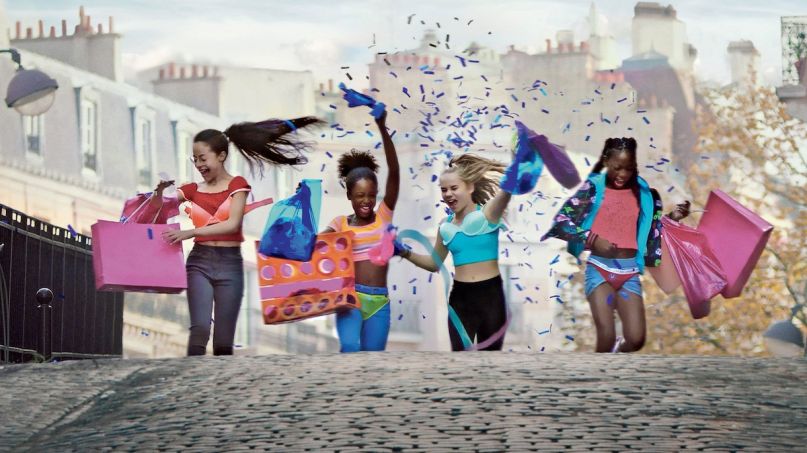 Netflix is defending its newly released film, Cuties, against claims that it overly sexualizes its young subjects.

Cuties (or Mignonnes) is a French comedy-drama that won Maïmouna Doucouré the Directing Award-Dramatic at the 2020 Sundance Film Festival. It centers on a 11-year-old Senegalese girl named Amy who seeks to understand her identity while living in Paris. She comes across a group of girls in a twerking dance squad, and begins to seek freedom and acceptance by joining their sexualized troupe.

Since launching on Netflix on September 9th, the film has received intense backlash. Now, Netflix has issued a statement defending the movie. “Cuties is a social commentary against the sexualization of young children,” a Netflix spokesperson told Variety. “It’s an award-winning film and a powerful story about the pressure young girls face on social media and from society more generally growing up — and we’d encourage anyone who cares about these important issues to watch the movie.”

Doucouré herself said in a featurette called “Why I Made Cuties” that the film finds its portagonist “navigating between two models of femininity,” one set by her traditional Muslim family and another by the social media-obsessed Cuties crew. The director said Amy is trying to “find her freedom through that group of dancers and their hyper-sexualization. But is that really true freedom? Especially when you’re a kid? Of course not.”

The film is rated TV-MA, but Netflix botched the rollout from the start. Early posters and preview artwork for the film highlighted the skimpy dance outfits and sexualized poses of the young girls instead of the very real identity struggle at the story’s core. Then, once the film was released on Netflix, clips of the movie and its accompanying ratings warning began circulating on the Internet, creating immediate fallout.

Cuties indeed has a number of scenes where the camera lingers on young girls doing highly suggestive and inappropriate dance moves. There’s a scene where Amy posts a picture of her genitalia to social media, and another where the Cuties pressure her to try to take a picture of a boy’s genitals. Despite the context being how popular culture and social media’s celebration of overly sexual images is damaging to young kids, conservative advocacy groups like the Parents Television Council argue such visuals “desensitizes” people to childhood sexuality.

“Although there is a danger that little girls will be attracted to this film, the far greater risk is the way this film normalizes the sexualization of little girls,” Melissa Henson, the PTC program director, said in a statement. She went on to accuse Netflix of “desensitizing millions of viewers at home by asking them to be entertained by it.”

Critics, however, are raving about the film. It currently has an 88% on Rotten Tomatoes, but only a 3% audience score. That seems rather indicative that audiences are judging the movie without fully watching it, or at least going in with set expectations. Either way, the impact on Netflix is real — and real negative. Since Cuties hit the service, the company’s stock has dipped 71.32 points. There are also persistent calls to #CancelNetflix, with one Change.org petition encouraging people to cancel their Netflix subscriptions (and bringing the hit Big Mouth into the conversation) gaining over 610,000 signatures as of this writing.

Cuties is streaming now on Netflix if you want to make up your own mind. You can also watch Doucouré’s “Why I Made Cuties” featurette and see the film’s trailer below.