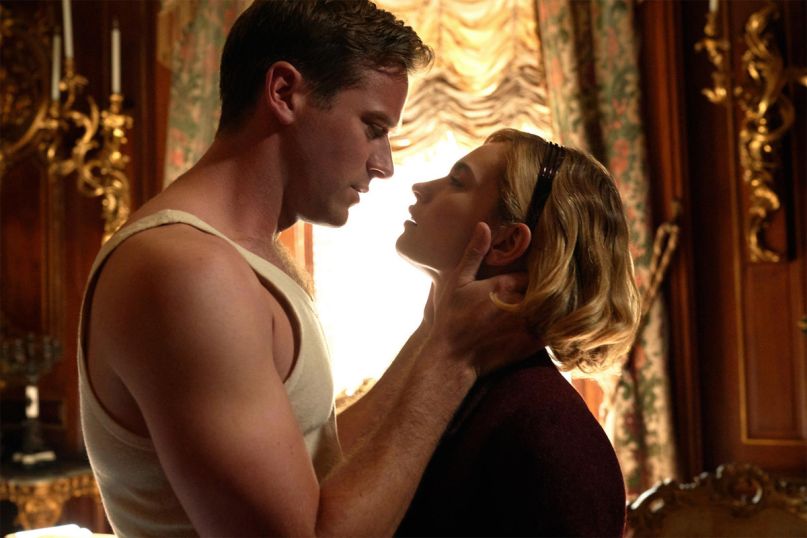 High Rise and Free Fire director Ben Wheatley returns with arguably his greatest risk yet. He’s adapting Daphne du Maurier’s 1938 Gothic novel Rebecca. Yes, the same Rebecca that Alfred Hitchcock adapted in 1940 which went on to win Best Picture. Today, Netflix has released the first trailer for the romantic thriller ahead of its October 21st release.

Lily James stars as Mrs. de Winter, a newly wed who has just moved in with her husband Maxim de Winter (Armie Hammer) on his remote English estate. Here’s the rub: de Winter is a widower, and his past will soon cast an inescapable shadow over his new wife, particularly by their evil housekeeper Mrs. Danvers (Kristin Scott Thomas).

It’s a rich story for the times, and one that should keep us all entertained when it finally arrives in October. Even so, much like Mrs. de Winter, Wheatley will no doubt have a number of Danvers comparing his work to Hitchcock’s — it’s only inevitable. Based on the trailer below, though, it would appear the film should speak for itself.

In addition to the aforementioned, the film stars Tom Goodman-Hill, Keeley Hawes, Sam Riley, and Ann Dowd. The Woman in Black screenwriter Jane Goldman — who is also on Matthew Vaughn’s speed dial when it comes to scripts — co-wrote the screenplay with Joe Shrapnel and Anna Waterhouse. Clint Mansell is handling the score.

Catch the trailer below.