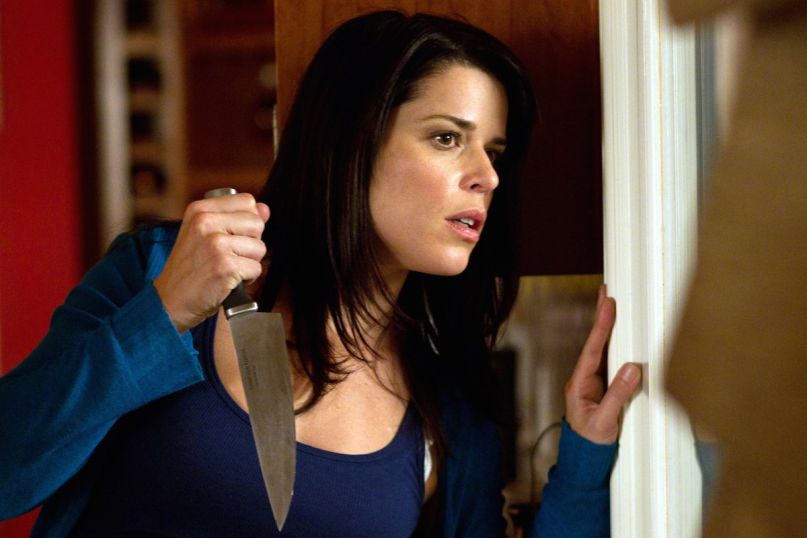 It’s official: Neve Campbell is heading back to Woodsboro, California. As Bloody Disgusting reports, the veteran star has confirmed she’s returning to the Scream franchise in the forthcoming reboot from Spyglass Media Group and Paramount Pictures.

“After spending time speaking with Radio Silence, they have shown such love, respect and admiration for Wes Craven and all that he’s created in the Scream franchise,” Campbell said in a statement. “I am beyond excited to step back into the role of Sidney Prescott and return to Woodsboro.”

Ready or Not directors Matthew Bettinelli-Olpin and Tyler Gillett, on behalf of their filmmaking group Radio Silence, echoed Campbell’s sentiments: “We’re pinching ourselves! It’s hard to express how much the character Sidney Prescott shaped our love of movies and to have the chance to work with Neve is truly a dream come true. It just wouldn’t be a Scream movie without Neve and we’re so excited and honored to join her in Woodsboro.”

Campbell joins her fellow co-stars/alumni in Courteney Cox and David Arquette. All three will presumably lead a new cast that so far includes Melissa Barrera, Jenna Ortega, and Jack Quaid. Expect more casting in the weeks ahead.

As previously reported, Bettinelli-Olpin and Gillett will direct from a screenplay by James Vanderbilt (Zodiac) and Guy Busick (Ready or Not). What’s more, the original film’s screenwriter Kevin Williamson will serve as executive producer.

The highly anticipated fifth entry in the franchise hits theaters on January 14th, 2022. Production is set to take place in Wilmington, North Carolina. In the meantime, revisit the 1996 original with The Horror Virgin below.