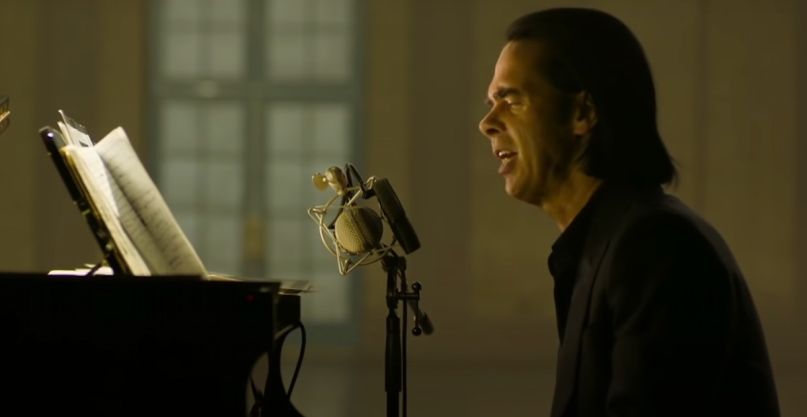 Nick Cave is one of several prominent musicians who appear on Angelheaded Hipster: The Songs of Marc Bolan and T. Rex, the new tribute album curated and produced by Hal Willner. On Wednesday night, Cave beamed into the Late Late Show with James Corden to perform his contribution: a cover of “Cosmic Dancer”, from T. Rex’s 1971 album Electric Warrior. Watch below.

By the looks of it, Cave recorded the intimate solo piano performance at Alexandra Palace in London, UK, during the same session used for his recent concert livestream, Idiot Prayer. Earlier this month, Cave announced plans to release Idiot Prayer digitally, on CD, and on vinyl come November 20th. Additionally, the film will screen in select theaters globally on November 5th.


As for Angelheaded Hipster, the 22-song LP was officially released last week and features additional contributions from Father John Misty, U2 and Elton John, Marc Almond, Devendra Banhart, Joan Jett, Lucinda Williams, and Peaches, among others. It marks the final project helmed by Willner, who passed away in April from COVID-19. Get your copy of the album here.