The case was centered on Minaj's 2018 song "Sorry", which featured an uncleared sample of Chapman's "Baby Can I Hold You" 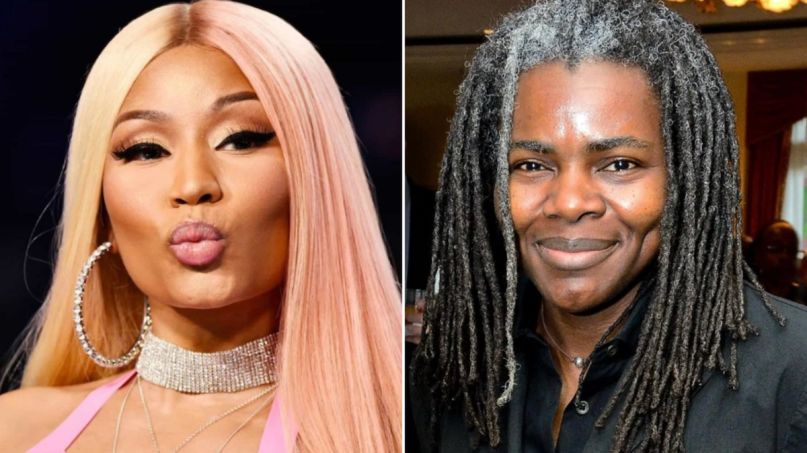 A judge has cleared Nicki Minaj of copyright infringement in her longstanding court case with Tracy Chapman.

Their tense legal battle began back in 2018 with a song called “Sorry”. A collaboration with Nas, it was ultimately left off Minaj’s Queen album because it featured an uncleared sample of Chapman’s 1988 original “Baby Can I Hold You”. The track still ended up in the hands of Hot 97’s Funkmaster Flex, though — some say by way of Minaj herself — and the DJ ultimately played it during his radio show.

From there, the leaked “Sorry” made its way online and spread like wildfire, leading Chapman to take action. In her 2018 lawsuit against Minaj, she sought to be compensated for unpaid royalties. She also asked the court to formally prohibit the rapper from ever officially releasing and performing “Sorry”.

In her own defense, Minaj claimed Chapman’s suit was unfounded since she never technically released the song and could not control its sharing on the internet. Minaj also initially said she didn’t even realize the main sample used in “Sorry” — a Shelly Thunder track of the same name — actually was based off Chapman’s “Baby Can I Hold You”.

On Wednesday, US District Judge Virginia A. Phillips ruled in favor of Minaj, explaining that the song still falls under the “fair use” principle and is not copyright infringement. “Artists usually experiment with works before seeking licenses from rights holders and rights holders typically ask to see a proposed work before approving a license,” wrote Judge Phillips, according to Variety. “A ruling uprooting these common practices would limit creativity and stifle innovation within the music industry.” In essence, the judge approved of Minaj’s making of “Sorry” (“experiment with works”), and is not holding the New York rapper responsible for it leaking.

Compare the two songs for yourself below.

Outside of the court, Minaj has been racing up the charts the last few months thanks to collaborations with Tekashi 6ix9ine (“Trollz”) and ASAP Ferg (“Move Ya Hips”). In August, she also teamed up with Ty Dolla $ign on “Expensive”.