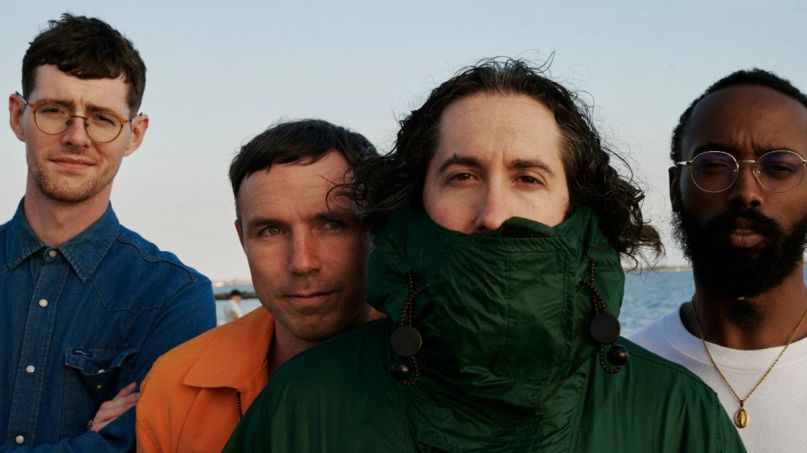 Nothing, photo by Ben Rayner

Democratic nominee Joe Biden might be taking on Donald Trump in the presidential election, but Philadelphia shoegazers Nothing are still reminiscing about Senator Bernie Sanders. They’ve gone so far as to name a track after the progressive politician and release it as the new single from their upcoming album, The Great Dismal, out October 30th.

Seeing Sanders’ name might bring a pang of melancholy to those who supported his presidential campaigns, which is probably what Nothing were going for. The song, like much of the band’s music, carries an unrequited sadness that’s become a staple of Nothing’s take on atmospheric heavy music. A driving drum beat and grungy chords push the track along as director Jordan Hemingway’s video provides some disturbing and gory visuals (discretion advised).

“Originally, it was about being lost in Japan…both figuratively, and literally,” Nothing’s Domenic Palermo said in a press release. “While searching relentlessly for an answer, you typically find yourself unearthing deeper meaning and often prompting more questions. By the end of it all you don’t even know if you were ever lost at all or if you were exactly where you were supposed to be the whole time. I really don’t even know what it means anymore.”

The Great Dismal was recorded in quarantine during the pandemic, giving the album another foreboding circumstantial characteristic. According to the band, the LP “explores existentialist themes of isolation, extinction, and human behavior in the face of 2020’s vast wasteland.” Festive music for dark, uncertain times.

Pre-order The Great Dismal via Relapse Records or Amazon. Watch the bloody video for “Bernie Sanders” below.