As the pandemic keeps venues shutdown, more musicians are considering a career change 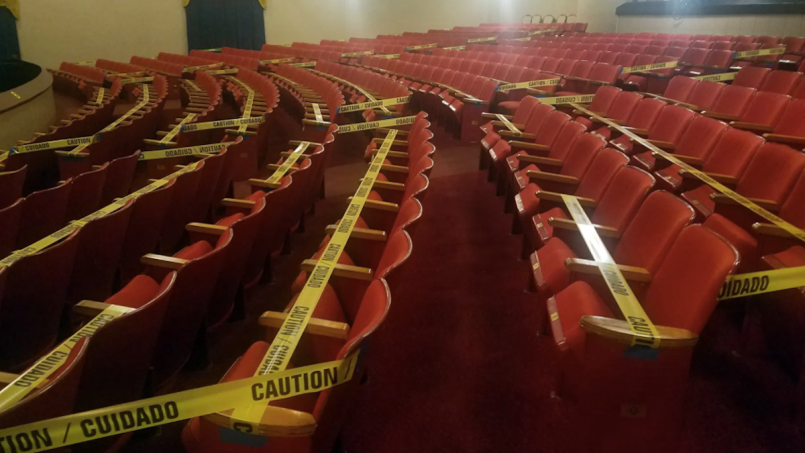 According to a new survey by the UK’s Musicians’ Union, 34% of its members are considering “abandoning” their career.

This is the third time the union has conducted such a survey, and the share of artists pondering a career change has risen sharply. When polled in March and again a few months later, about 19% of respondents wondered if they should try something else. The latest numbers suggest an unsettling trend as coronavirus lockdowns continue.

Over the summer, the British government authorized a £1.57 billion aid package for arts, culture, and heritage industries. But it was primarily aimed at venues like museums and concert halls, with many individual artists struggling to get help. As The Guardian reports, a third of Musicians’ Union members have not been eligible for financial support, usually because either an individual created a limited company; an individual split their income between taxable income and self-employment; or they had previously been making more than £50,000 as a self-employed earner.

The current aid package is scheduled to run out in October, at which time 87% of respondents expect to face significant financial hardship. Horace Trubridge, the union’s general secretary, lambasted the governmental response, saying they’ve done “nothing for the workforce.” He explained,

“You need creators to create new art. But you need extremely skilled and talented musicians to deliver that creativity, and those are the people who have been left out of the equation. Those world-leading musicians who have spent all their lives perfecting what they do, there is no lifeline for them whatsoever. There is a lack of understanding of our profession, even within the Department for Digital, Culture, Media and Sport, and no understanding within the Treasury.”

Trubridge added, “It’s all looking extremely bleak again. We’d love to have a date… where indoor music can occur without social distancing, but that seems a long way off with the current state of the pandemic.”

Some venues have already opened with limitations, but it hasn’t been easy. The UK’s new socially distanced music venue was forced to shut down last week amid a spike in cases. Meanwhile, some parts of the US haven’t even bothered with safety measures. The recent Sturgis Motorcycle Rally may have contributed to 260,000 new cases of coronavirus.