The follow-up to Protean Threat, which just came out today 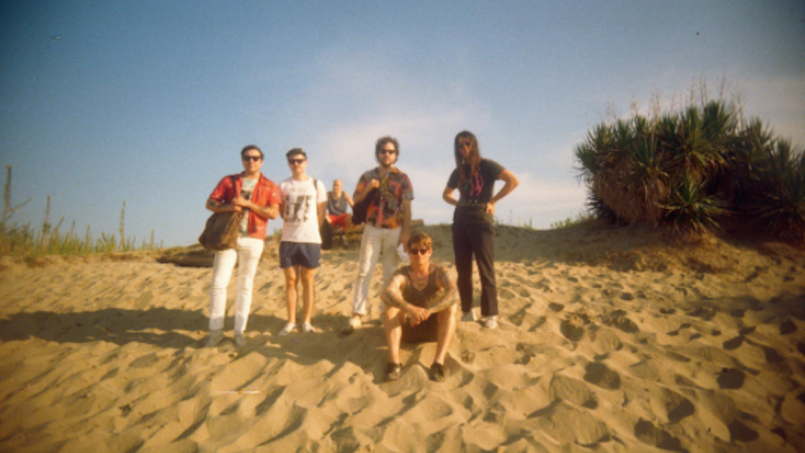 Osees, photo courtesy of the artists

There’s prolific, and then there’s John Dwyer‘s perpetual motion machine Osees. Having just today released the new album Protean Threat, the rockers are back to announce an even newer album, Metamorphosed. It arrives October 16th via Rock Is Hell, and the band is offering a preview with the lead single “Electric War”.

Metamorphosed comes out of the sessions that produced 2019’s Face Stabber. It may only be five tracks long, but it achieves a full album’s length with the help of the more than 23-minute epic “I Got a Lot”. In an interview with Henry Rollins, Dwyer explained that this kind of song, “Usually… takes place at the end of the planned recording. We have extra time and tape to lay down some deep cuts and long jams, etc., the fun part, really.” He added that Metamorphosed came together at the beginning of 2020, as the pandemic forced everyone to slow down and take stock:

“Basically I found myself with a 12”s worth of material in the new year and things were starting to grind to a halt, so it was the perfect time to sew it all up. People need some tunes right now and I think the artists community is making a good run of it. So much great shit is seeing light right now.”

No matter what they were calling themselves, Osees have always mixed genres and influences inside their typical garage rock sound. “Electric War” is heavier than their usual fare, with dark, distorted guitars that borrow from hardcore and thrash. Check it out below.

More details on Metamorphosed, including the album artwork and tracklist, are expected soon. It drops October 16th, and pre-orders are set to begin today. The first pressing of Metamorphosed will be on clear vinyl and contain a photo of the band glued to the inside of the cover. A second pressing will be done in January of next year in various vinyl colors.

Over the summer, Dwyer joined TV on the Radio’s Kyp Malone to form Bent Arcana and share “The Gate”.