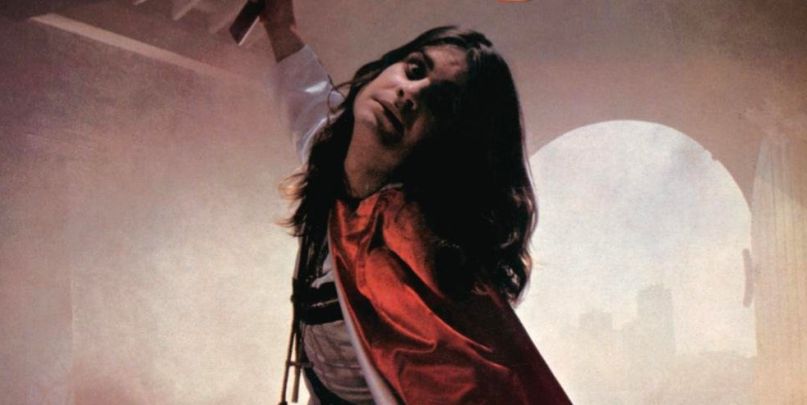 Ozzy Osbourne is celebrating the 40th anniversary of his legendary debut album, Blizzard of Ozz, with a new expanded edition of his legendary solo debut. Osbourne’s also dusting off two live concert videos, 1993’s Live & Loud and 2002’s Live at Budokan, which are both receiving new digital releases.

The expanded Blizzard of Ozz arrives this Friday (September 18th) on digital platforms. In addition to the original album and previously available bonus tracks (1980 B-side “You Looking at Me, Looking at You”, the 2010 guitar/vocal mix of “Goodbye to Romance”, and Randy Rhoads instrumental outtake “RR”), the expanded edition includes seven live tracks from the Blizzard of Ozz tour that were previously unavailable digitally.

Six of the live cuts hail from the scarce Ozzy Live vinyl release from 2012, while the rarity “You Said It All” was originally included on the Mr. Crowley EP and features a blistering solo from Rhoads. The anniversary set finally compiles these scattered recordings form the Blizzard tour, which make a strong companion to the iconic Tribute album that culled live tracks from the Osbourne-Rhoads era.

Live & Loud and Live at Budokan are also receiving an overdue digitization. While many concert films and tapes from this era found their way to flea market VHS stashes and fan collections, far less have made their way to streaming services and official digital platforms for widespread availability. Osbourne in particular released a steady steam of home videos through the ’80s and ’90s, so hopefully the new digital versions are a sign of renewed interest in the revival of classic Ozzy footage.

The 40th anniversary of Blizzard of Ozz adds another notch to a huge year for the Prince of Darkness. The triumphant release of his 12th solo album, Ordinary Man, saw Osbourne’s best chart positions of his career. Most recently, A&E honored the singer with a new 90-minute documentary, Biography: The Nine Lives of Ozzy Osbourne.

Listen to “You Said It All” and check out the full expanded edition tracklist below.